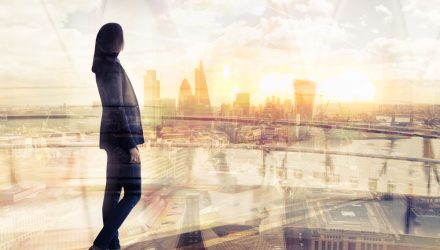 Please bookmark our ETF Strategist page for the latest articles!

The exponential spread of the coronavirus has taken a heavy toll in both human life and economic activity. As testing becomes more available, known infections have risen sharply and the US jumped to first place globally in total infections. New York City emerged as the new epicenter of the disease, and multiple states have closed non-essential businesses. In addition to the halt in all travel, entertainment, and public events, the entire manufacturing and retail industries were shuttered in several states, forcing employers to furlough millions of employees.

After protecting our clients against this downturn, we continue to be defensive in our tactical strategies. The stock rebounded from their lows increased their valuation. Combined with negative economic factors, this keeps our equity model negative. Our Credit model turned positive after bond prices fell in March (see our latest article Bear-Market Bond Adjustment), and we bought investment-grade loans (such as FLRN) and bonds (LQD), while keeping the overall portfolio duration short.

Years of over-investment in risk assets – stocks, bonds, asset-backed, high-yield – had to be unwound as the downturn began. Many investors trying to sell at the same time made the selloff especially steep earlier this month, resembling closely the steep selloff in October of 2008. The 2008 episode wasn’t the end of that bear market, and this might not be the end of current one. Bear markets are characterized by: 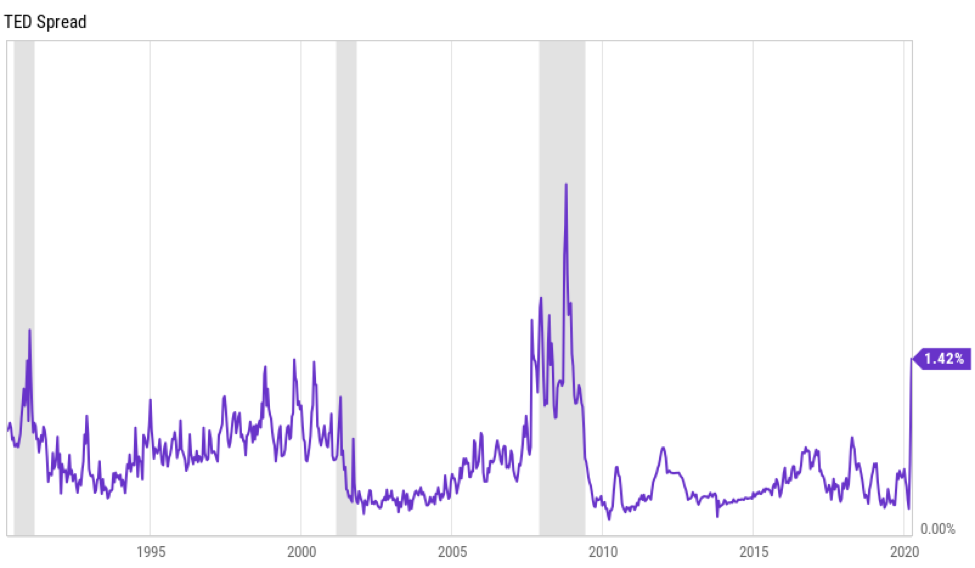 Just two weeks ago, I think most of us expected a mild-to-moderate economic downturn because of virus-containment measures. In my previous report, I wrote that major banks would project a recession. It turned out to be a contest for the gloomiest projection. Many economists now expect around a 10% annualized contraction in Q1 and 25% in Q2. Goldman Sachs is winning the contest, announcing today that it expects the US economy to shrink by an annualized 34% in Q2 and unemployment to soar to 15%. If anything close to that occurs, it would be the largest economic downturn since 1946 when GDP fell by 11.6% as the manufacturing of war materiel ended. The deepest recent quarterly downturns occurred in 2008 (-8.4% annualized), and before that in 1958 (-10%).

Economic numbers for March are only beginning to come in, with initial jobless claims soaring to 3.3 million, then to 6.6 million – two consecutive weeks of largest weekly job losses on record. We’re in uncharted territory. 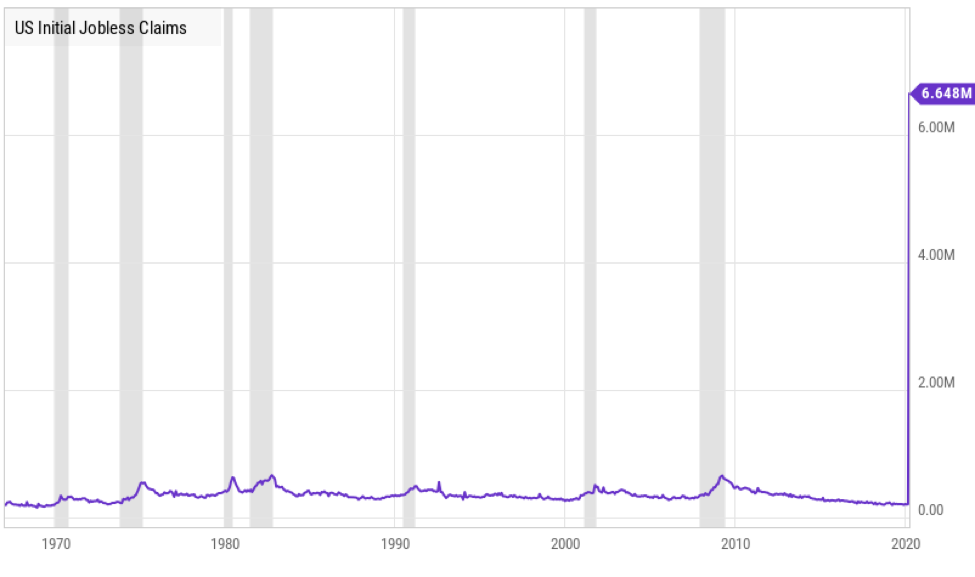 Some media reports are beginning to point to “warning signs” that appeared before the pandemic began of a fragile economy, high stock valuation, and excessive borrowing. Of course, these signs were obvious to anyone who cared to look. We wrote about them for most of last year and were defensive based on our models, which protected our clients against this downturn. But the economists at major banks and securities firms were too busy cheerleading the rising market. There should be no surprise, however – economists follow markets.

To inform our investment thesis, we continue to think about upcoming themes:

Economic projections: Economists are now competing for the gloomiest projection, with many expecting around a 10% annualized GDP contraction in Q1 and 25% in Q2. The March data has only begun to come in. While consumer confidence measures dropped only moderately, the timing of these surveys covered only part of the period of quarantines and layoffs. The 3.3 and 6.6 million jobless claims numbers were simply astounding.

Earnings: Public companies will begin reporting their Q1 earnings in about two weeks – and the results will likely be terrible across many sectors. This might initiate another wave of market selling.

Institutions: While hedge funds employ all sorts of strategies, they tend to be long stocks during a bull market. Liquidating leveraged long positions likely accelerated the market plunge in mid-March. The subsequent market rebound gave funds and their banks an opportunity to complete liquidations in an orderly manner, but left them averse to risk-taking for a while. The next wave of selling is likely to come from pensions and retail investors.

Coronavirus: The epidemic continues to drive market moves. While China has been reporting few new cases, there’s doubt about its numbers. Infections and deaths continue to grow exponentially outside of China and South Korea. The president’s task force extended the social distancing guidelines to April 30th from early April – an unwelcome delay to investors who were hoping for a quick economic re-opening. An eventual “flattening” of the infections curve will be perceived as positive by investors. At least two potential cures are in clinical trials – an approval would be a positive as well.

Some clients asked us: when will you get back into the market? Aside from the fact that we always follow our fundamentals-based process, let me give a possible scenario. Another leg down in stock prices, perhaps 20% or more, would make them very cheap. At the same time, a flattening in the infections curve and/or FDA approval of a cure would allow the government to plan for reopening the economy. If economic factors, such as consumer confidence, don’t deteriorate much further, along with very cheap valuation, this might turn our equity model’s forecast positive.