You are at:Home»ETF Strategist Channel»Trade, Tariffs & Tirades: A Primer on What Has the Markets in a Dither 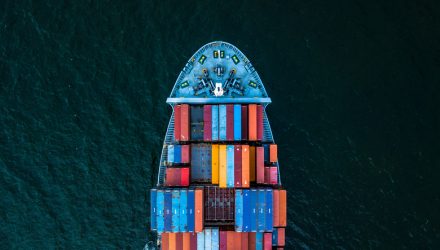 Trade, Tariffs & Tirades: A Primer on What Has the Markets in a Dither

The following is an excerpt from our 1Q18 quarterly market commentary:

“Another contributing factor to the market’s froth has been the prospect of a global trade war brought on by the Trump administration’s desire to lower the United States trade deficit with China. While noble in intent, the use of such a blunt instrument rarely, if ever, works. In fact, they often bring on many unintended consequences including increased prices for both U.S. producers and consumers alike. As you can see from the chart below, these policies are particularly damaging to the multinational corporations making up a large part of the S&P 500. Historically, just over 40% of the S&P 500’s revenue is derived from outside of the U.S. In addition, China will undoubtedly counter any U.S. tariffs with tariffs of their own. If our two countries, the first and second largest economies in the world, engage in a tit-for-tat exchange of tariffs, the ultimate result could devastate the global economy. With any luck, this will just be a tactic to engage in meaningful negotiations with the Chinese. Recently it was reported that these types of negotiations are taking place. We shall see.”

One of the first things that struck me about this chart is the fact that the American electorate did what they were supposed to do when politicians fail them. Note both Smoot and Hawley lost their seats in Congress during the 1932 midterm elections and President Hoover was soundly defeated in the 1932 presidential election. The Great Depression was the last time that tariffs were imposed on a large scale and they clearly contributed to the downward spiral of both the U.S. and world economies during the Great Depression.

What is a Tariff?

A tariff is a tax imposed by a government on an imported good or service. The intent is to make the product more expensive so less of it will be imported by producers and/or consumers. Tariffs are generally used to protect emerging industries, aid ailing mature industries from foreign competition, or reduce trade deficits that are perceived to be the result of unfair trade practices.

The problem is that proponents of tariffs often cite their desired benefits but rarely mention the steep costs. Tariffs increase the cost of the targeted goods/services, but ultimately no economic benefit is derived for a producer or consumer. The cost of goods sold increases by the tariff amounts (if not more) and these costs are unlikely to be passed through to consumers without a reduction in demand. So, what happens?  Less economic activity, jobs are lost, and sales and earnings decrease.

Let’s look at the recent aluminum and steel tariffs: costs just increased 10% and 25% respectively. Any company that uses these raw materials, from car manufactures, soft drink distributors to toaster manufacturers, all suffered a major increase in their cost of goods sold. Their profits will fall accordingly. If margins are thin, employees get laid off. Ironically, if these U.S. companies, forced to use raw materials with artificially inflated costs, try to raise prices, their products become more expensive versus their foreign competitors. In this scenario, consumers may end up buying more international goods which could potentially increase the trade deficit.

Now, whatever country is being targeted with a tariff won’t take it lying down…they will impose tariffs of their own targeting U.S. goods and services. China has retaliated by putting their own tariffs in place on pork and other agricultural products. Now the costs of targeted U.S. products, like pork, rise for Chinese consumers. As the Chinese buy less pork, the U.S. farmers sell less pork, and thus suffer in lower sales and profitability. Some economists, as noted in the chart below, have estimated that five U.S. jobs will be lost for every one gained in the steel & aluminum industries¹.

Tariffs are a lose-lose proposition and they can have devastating effects on the global economy. A great example of the unintended consequences can be found in Europe. Now that the U.S. has imposed its tariffs on steel and aluminum, the Europeans are worried that China will export the excess supply to Europe. This would damage their indigenous steel and aluminum producers. Do the Europeans retaliate with tariffs of their own? Against whom, the U.S., China, or both?

The last time the United States tried to use tariffs was after the stock market crash in 1929. The U.S. implemented hundreds of tariffs in an effort to close the fiscal budget gap and to protect domestic farmers and industries. The world discovered how devastating tariffs could be. Prices on some goods initially rose until demand faltered. When demand faltered and the tariffs stayed in place, sales and profits declined and world trade plummeted. Ultimately people got laid off and could no longer afford to consume goods and services. The whole global economy spiraled downward. The following chart shows this effect in detail as world trade plummeted from $5.3 billion in 1929 to $1.8 billion in 1933, a 2/3rds decrease.