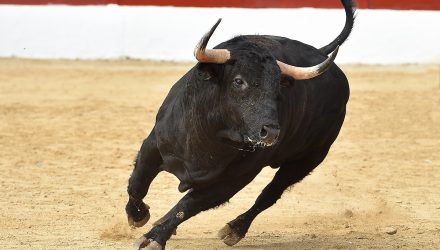 The Longest Bull Market In History Continues To Punish Bears

In a year where market naysayers have been out in droves, stock bears have been forced to eat their words, price projections, and profits, at least for now. As famous stock trader Jesse Livermore said, “Markets are never wrong – opinions often are.”

Despite these moves, however, nervous Twitter headlines from the president, vacillating economic data, a protracted trade war, and looming Brexit entanglements have all kept investors from jumping in whole-heartedly into the market.

There is one variable that significantly sways markets that have also been lackluster this year: earnings. The S&P 500 is in the midst of an earnings recession that is headed toward the third consecutive quarter for negative year-over-year growth. Despite a 76% beat rate compared to expectations, earnings are still anticipated to display a 2.7% decline in the third quarter, according to FactSet.

Nevertheless, the market climbs ever higher, earning its name, “most hated bull market in history,” as the averages continue to push into new record territory.

“You do wonder what is causing the market to go higher. One [factor]is that the lack of alternatives continues,” Stovall said, citing the “TINA” belief that There Is No Alternative to U.S. stocks.

Stovall, like many Wall Street strategists and analysts, underestimated the market’s strength. He had a 2,975 target on the market, which was still bullish in comparison to other estimates. UBS is the lowest on the Street with a 2,550 price target while Morgan Stanley has been consistently bearish with its 2,750 estimate.

In contrast, are strategists like Piper Jaffray’s Craig Johnson, who has been championing new highs for stocks and maintains a 3,125 target for the S&P 500.

“I think a lot of investors are struggling with valuation. The way this market has moved up, stocks have been pretty darn expensive,” Johnson said. “A lot of investors got caught off guard in Q4 last year. Those memories are still fresh in their minds about the big, dramatic selloff which wiped out a lot of bonuses for people last year. There’s that psychological impediment.”

Still, over the last decade, the S&P 500 Index has averaged a 4% gain in the final three months of the year over the according to an analysis of Kensho, a market data analysis platform. The S&P 500 had traded up 80% of the time. In addition, the Dow Jones Industrial Average had added 5% in the fourth quarter over the past 10 years, trading positive 80% of the time.