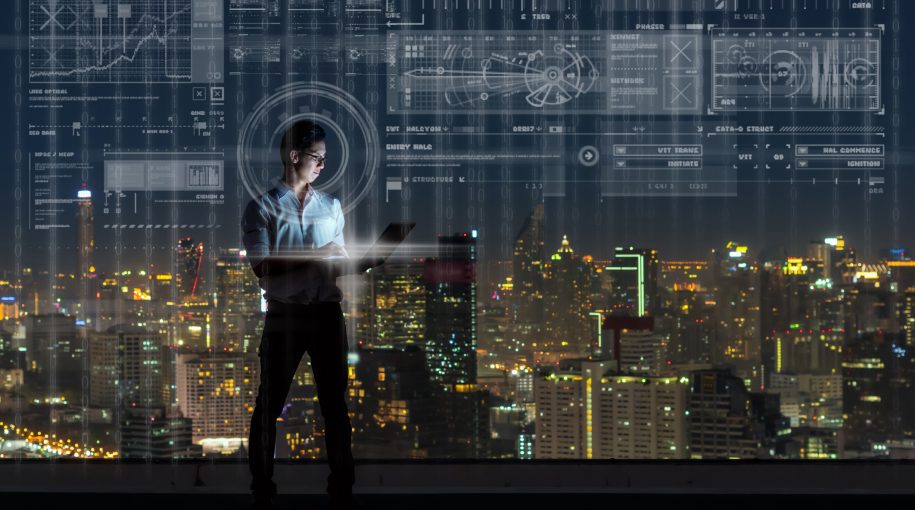 Trade negotiation tensions and the economic impact of trade uncertainty on financial markets have put global equities under pressure. Assessing the potential path of global markets for the rest of the year, we expect more episodes of increased volatility, which are usually coincidental with market pullbacks.

Given the increasing probability that Fed will raise interest rates two more times this year, along with ongoing trade negotiations, we have lowered our equity exposure to neutral relative to our benchmarks.

Last week’s trades reduced our international equity exposure while holding our domestic equity exposure steady. We brought the overall equity portion of our portfolios to roughly in alignment with of their benchmarks.  In doing so, we concentrated our sales in international equities due to their continued deterioration of momentum and sentiment, as reflected in our tactical process.

This process reviews the interaction of momentum and sentiment and assesses the odds of having a positive return during the subsequent three-month period. International equities have been under pressure due in part to slowing economic growth, which has been highlighted by data coming in below expectations as shown in the chart below. European economies are much more dependent upon trade than the US, therefore the current uncertainty surrounding tariff levels and market access are having a bigger impact abroad than on the US. 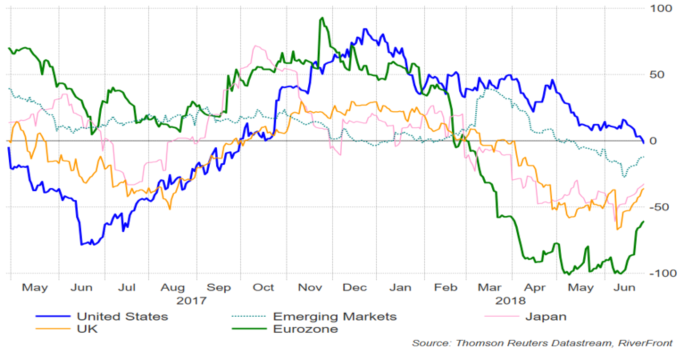 The Citigroup Economic Surprise Indices track the deviations of reported economic data relative to economists’ expectations. A positive reading of the Economic Surprise Index suggests that economic releases have on balance been better than consensus estimates. The indices are calculated daily over a rolling three-month window.

The US pursuit for ‘fairer trade’ has caused the Trump administration to propose and implement universal tariffs on steel and aluminum imports. The administration’s shotgun approach regarding tariffs has broadened the worries of international financial markets beyond China to all our trading partners. Europe’s trade surplus relative to the US has made it vulnerable to further market pressure at a time when economic numbers have been disappointing. The initial tariffs that the Trump administration have imposed will have little impact on any of the affected countries’ overall GDP but markets are more worried about an escalation of tariffs that lead to a sustained trade war.

Developed international remains attractive relative to its long-term trend based on RiverFront’s Price Matters® analysis.  We still believe that international markets will outperform in the long run. And though our tactical decisions are based on momentum and sentiment rather than news headlines, we must acknowledge that the combination of unpredictable policy pronouncements from the White House and potential summer illiquidity make markets vulnerable for the next few months. In that environment, we believe it is prudent for our portfolios to be neutral relative to their benchmarks.  Thus, we have brought stocks back to benchmark levels and added cash and fixed income assets to capitalize on any pullbacks precipitated by these market conditions.

Our longtime clients know that we have not been fans of fixed income for some time, based on the meager real returns inherent in initiating positions when yields are well below average.  However, markets continue to fear an escalating trade war and if one occurs, we believe that bond yields could return to around 2.50%.  While we currently think such a sustained trade war is unlikely, we acknowledge that it is a possibility and thus we have added fixed income exposure. In that worst-case scenario, we think fixed income would outperform cash as investors seek a ‘flight to quality.’