You are at:Home»ETF Strategist Channel»Negative Interest Rates: The Mother of all Bubbles? Or the New Normal? 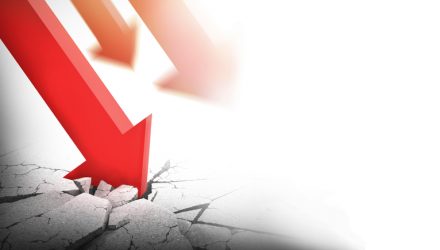 Negative Interest Rates: The Mother of all Bubbles? Or the New Normal?

When you’ve been in this business as long as we have, every now and then you come across something that makes absolutely no sense. Take Pets.com for example. Better known for its sock puppet Super Bowl ad, this tremendously money-losing .com was valued at $300 million upon its IPO in 2000, only to shut down a mere 9 months hence. Some years later we witnessed the great housing bubble, complete with so-called NINJA loans. These were home loans made to people with no job and no income (NINJA, get it?) and were foisted upon a willing public by various miscreants posing as legitimate home equity lenders, helping drive home prices skyward. We all know how that ended.

And now, a decade after the housing bust and subsequent Great Recession, we are witness to negative interest rates – over $15 trillion dollars’ worth (that’s $15,000,000,000,000.00). This is either the mother of all bubbles, or the new normal. We don’t know which. Either way, it’s bad for the world.

We think. Time will tell. At Nottingham, we have 3 CFA charter holders on staff and one soon to be Level 3 candidate (congrats Mike Skrzypczyk on passing Level 2, no small feat!). For the life of us, we can’t figure out why any rational actor would loan a sovereign government (or corporation for that matter) $1, only expecting to get paid back $0.99 five or ten years later.

Let’s look at the current 10-year German bund for instance (the equivalent of our 10-year Treasury note here in the US). This German bund was issued in July at $102.64, pays no coupon and matures in 10 years at $100. So let’s do the math. Hansel and Gretl have 10,000 euro in book royalties and want to invest that money with the German government (a solid AAA rating by the way). They take a fancy to this latest bund (remember these are storybook characters, not CFA charter holders!) and invest their money. They pay the German government 10,264 euros, which translates into a yield to maturity (YTM) of -0.26%. Over the next 10 years they will receive no interest income and at the end of the 10th year the German government will give back to them 10,000 euro.

Now, before we go bashing poor Hansel and Gretl, let’s fast forward to today. That bund they bought in July is now priced at $106.06. That translates to a 3.33% return in just over 45 days (and a -0.59% YTM for the unfortunate buyer at that price) – shrewd move one might think. Indeed, as long as the European Central Bank continues to drive interest rates deeper into negative territory, the price of that bund should escalate, until it doesn’t. This is sometimes referred to as the “greater fool theory”.

The question is, WHY WOULD ANY SANE INDIVIDUAL LEND SOMEONE A DOLLAR WHILE EXPECTING ONLY 99 CENTS IN RETURN??? (Nottingham will be accepting answers to this riddle through the end of the month. The winner gets a toaster.) This mystery is one of the many things that keep me up at night.

The theory behind negative interest rates is that it’s a monetary policy tool employed by central banks in times of crisis, used to encourage financial institutions to lend money, and individuals and corporations to spend and invest their own dollars/euro/yen rather than save and hoard. By charging individuals and corporations for leaving money at a bank, the hope is that businesses will invest in plant and equipment and consumers will spend instead. Such is the theory anyway. It turns out that things aren’t exactly going according to plan.

It would appear common sense employed by those rational actors mentioned previously is challenging central bank monetary policy and the outcomes are unintended at best. The response from central banks has been to cut interest rates further (pushing yields deeper into negative territory). This has more recently spilled over into the US where Treasury yields are back challenging the lows set in 2016, with our 10-year yield at 1.66% and 30-year yield at 2.17% (anyone want a 3% mortgage?). A leading US bond manager suggested recently that even nominal US rates could conceivably go negative at some point. Negative interest rates seem to be a little like quicksand, dragging down anyone unfortunate enough to be caught up in it.

Without getting too wonky, this is really hard to grasp. We continue to challenge ourselves here to understand exactly what is happening to world interest rates, what it means and where it may end. I can’t exactly say we’ve reached any conclusions, despite many hypotheses. This is certainly experimental central bank monetary policy happening in real time. Throw in a trade war (and yes we are in a full blown trade war with China), and the investment uncertainty barometer surges.

Yet, equities continue to behave – for now. The TINA thesis (There Is No Alternative to equities) is back in vogue and will likely have merit for some time. Would you as an investor rather earn 1.6% on a 10-year Treasury note, or buy a relatively inexpensive bank ETF yielding close to 2.7%, with longterm upside? We’d take the latter any day. While volatility is likely to increase, our guess is that equities will do better than bonds over the coming decade. Gold should do okay too.

International equities may remain challenged as long as trade tensions stay elevated and central banks continue to suppress interest rates, propping up zombie companies that would otherwise perish. With uncertainty elevated, patience will be more important than ever. Nottingham’s portfolios stress diversification, high quality and low volatility and typically thrive in environments such as this.

Rest assured we remain committed to figuring out this latest interest rate conundrum and positioning our (your) portfolios to profit from coming changes to the investment landscape. We’re always happy to chat more about this with you so please feel free to reach out to us any time.

This article was written by Lawrence Whistler, CFA, President/Chief Investment Officer of Nottingham Advisors, a participant in the ETF Strategist Channel.