You are at:Home»ETF Strategist Channel»Managing Expectations for the DRS during Drawdowns 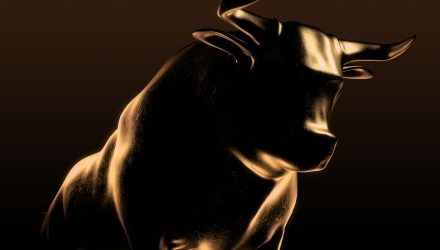 In the midst of a bull market, investors tend to forget that markets can and do sell off. The longer markets go up, the more surprised investors are when markets eventually go down. Swan Global Investments believes that it is essential to understand and accept that market downturns are a natural part of investing.

No two sell-offs are exactly the same. Over the last twenty years we’ve seen the two largest bear markets since World War II as well as numerous shorter, smaller corrections. While each is a unique event, there are three primary variables that we use to differentiate the downturns.

Differences in these variables will determine how the Defined Risk Strategy (DRS) will perform, so understanding these elements and how they affect the strategy’s performance is essential for managing expectations during the sell-off.

While there might be additional “X-factors” that would help or hinder the DRS during a sell-off, the speed, magnitude, and duration of a downturn will be the primary drivers of the DRS’s performance. This post will look at how speed of a sell off impacts the DRS’s performance and explain favorable and unfavorable scenarios in the strategy’s history.

One of the primary drivers of performance during downturns is the speed of the sell-off. Markets selling off by 10% in a single trading session is an entirely different scenario from markets gradually selling off 10% over the span of a month or two. The DRS typically performs better during gradual sell-offs rather than instantaneous drops in the market.

The impact of the speed of a downturn is primarily borne by the harvesting of option premium trades. The equity portion and the hedge portion of the portfolios are little impacted by how quickly the markets sell off. If markets do sell-off quickly and Swan is forced to close out the short put positions, it might be done under unfavorable pricing. Alternatively, if markets are slowly “bleeding out” it gives Swan the time to make orderly exits from the short positions.

Moreover, the whole process of writing short-term options is based upon their rapid time decay as they get closer to expiration. In a gradual market sell-off the short options are losing value over time anyway.

In both cases, the elevated volatility levels that tend to follow a market sell-off usually make future premium collection trades more profitable. This is discussed further when we talk about the duration of the sell-off. But during the initial point when markets tip-over, a gradual sell-off is preferable to a sudden crash.

In early 2016, markets gradually sold off over the first six weeks of the year as investors worried about a slowing global economy. Markets bottomed on February 11th after losing 10.27%. In this case, it took over five weeks to officially become a correction. During that stretch there wasn’t a single day where the market lost more than 2.5%. In this environment, the DRS performed quite well, and was down roughly a third as much as the index[1].

In late August 2015 markets sold off very violently. In the span of just one week markets entered correction territory, losing over 10%. August 18th and 19th were modest loss days, but over the next four trading days markets dropped like a stone. The nadir of the sell-off was Monday, August 24th when the Dow dropped 1,000 points and the S&P 500 almost 100 points at opening. Although the markets recovered nearly half of their initial losses by midday on August 24th, Swan’s strict adherence to their risk-control rules forced the DRS to close out the short option position at a sizeable loss.