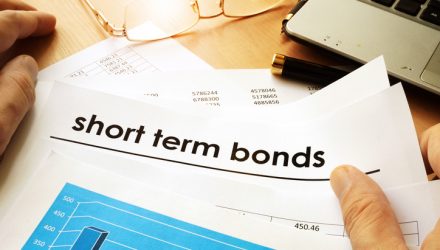 Let Us Not Rush to Judgement on the Yield Curve Inversion

The yield on ten-year US Treasury securities dropped below the yield on two-year US Treasuries August 14 prompting mass hysteria in both financial markets and macro-commentary. This event, commonly referred to as an “inversion” has happened four times in the last forty years. In each such occurrence, a domestic recession has ensued. However, making such a conclusion on four idiosyncratic events without a deeper dive into the unique circumstances of each inversion could be a rush to judgement.

Having only received its “price stability” mandate nine months earlier, the Federal Reserve was laser focused on fighting inflation. The Fed Funds rate stood at 8.2%. Core PCE Inflation was at 6.6% and rising. The Fed had been hiking short-term rates to fight inflation and continued to do so until the rate ultimately hit a high of a few basis points below 20%. If one wanted a recession, a 20% Fed Funds rate would be a pretty sure bet.

This time around, the Fed Funds rate was 8.9%, Core PCE Inflation was 4.7% and rising and the Fed continued to hike the Fed Funds rate all the way to 10.8%. Once again, the Fed’s commitment to preventing inflation forced a severe slowdown and ultimately a recession.

Despite Core PCE Inflation at a modest 1.8%, the stock market was unquestionably in bubble territory.  Commonly referred to as the “dot com bubble”, there was a very real concern that with stocks near thirty times earnings (S&P500) and the Nasdaq at nearly immeasurable valuation, the asset price inflation would lead to consumer inflation. Again, dutifully following their congressional mandate, the Fed continued increasing the Fed Funds rate to nearly 7% and successfully delivering a recession.

With the economy noticeably slowing and unemployment mostly in check (4.9%) the Fed became worried that another asset bubble (real estate) and higher energy prices would lead to consumer inflation. In December of 2005, the Fed raised rates noting “possible increases in resource utilization as well as elevated energy prices have the potential to add to inflation pressures”. Despite a near immediate yield curve inversion, the Fed hiked the Fed Funds rate four more times before finally cutting in September 2007.

Today things are significantly different. The inversion happened shortly after the Federal Reserve cut rates after a long series of hikes. Core PCE Inflation is a timid 1.6%. In fact, the world is more concerned with deflationary risk today than a general price increase. To be sure, there are not-insignificant forces slowing both domestic and global growth rates. Global trade has decelerated as the US has drawn a hard line on China’s long standing tradition of counterfeiting and theft. European and Japanese growth rates have failed to accelerate despite five and three years respectively of negative interest rates and massive quantitative easing schemes. Therefore, if whipping inflation is not the mission of the day, the Fed would have no reason to continue to hike rates post inversion. In fact, it now seems near certain the Fed will cut up to fifty basis points before year-end.

All of which leads one to ask if the US is headed to recession for some other reason with the yield curve inversion being merely symptomatic. While manufacturing has moderately decelerated on the assertive US trade position, the consumer continues to drive the US economy. Further, the overall fiscal backdrop afforded by The Tax Cuts and Jobs Act of 2017 coupled with deflationary energy production, overall deregulation, accommodative monetary policy and a rapidly innovating economy (think 5G) it’s hard to make the case for a domestic slowdown. Moreover, since the US has never before imported a recession (think Japan in the 1990s) there is no reason to start now.

This presentation has been prepared by Efficient Market Advisors, LLC, a division of Cantor Fitzgerald Investment Advisors, L.P. (collectively, “EMA”) for use in one-on-one meetings with highly-sophisticated investors, who are expected to make their own investment decisions. Nothing contained herein should be treated as investment advice or a recommendation to buy or sell any security. This article does not constitute tax advice and as such, investors should be advised to consult their own tax adviser regarding the tax consequences of their investment activities.

Past performance or targeted results is no guarantee of future results and every investment may lose money.  Investors should consider the investment objectives, risks, charges and expenses of the investment strategy before investing.   Certain of the economic and market information contained herein has been obtained from published sources and/or prepared by third parties. While such sources are believed to be reliable, none of the Fund, its general partner, the investment manager or their respective affiliates, employees and representatives assumes any responsibility for the accuracy of such information.  Market indices are included only to provide an overview of wider financial markets and should not be viewed as benchmarks or direct comparable to performance by EMA.  It is not possible to invest directly in an index.

This document is privileged and confidential and intended solely for the use of the intended recipient(s), may be used solely for the purpose for which it was sent and contains proprietary information. Any unauthorized copying, disclosure, retention, or distribution of this document, in whole or in part, is strictly forbidden. This document has been prepared solely for the intended recipient(s) and contains confidential and proprietary information that are of economic value to us.  Any disclosure of this information could cause us competitive harm.  By accepting this document, you agree to keep strictly confidential all of the contents of the document.  The information in this document is subject to change without notice and we have no obligation to update you as to any such changes. We do not undertake any obligation to update or revise any statements contained herein or correct inaccuracies whether as a result of new information, future events or otherwise.