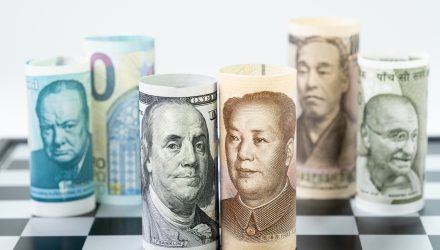 The trade war between the world’s two largest economies finally arrived. Last Friday, President Trump followed through with his threats of tariffs against China when the U.S. implemented duties on $34 billion in Chinese imports. Beijing retaliated proportionately by imposing on a $34 billion list of goods that included soybeans, pork and electric vehicles. However, this was just the beginning. Trump said U.S. could soon impose tariffs on more than $500 billion in Chinese imports, about the amount of total goods the U.S. imported from China last year. On July 11th, the White House released a list of an additional $200B of Chinese goods that could be hit with 10% tariffs. China vowed to retaliate.

Three months ago when the Trump administration first announced tariffs on $50 billion Chinese goods, we thought that the trade tensions would be temporary and may ease if China agreed to buy more US goods to help reduce the US trade deficit and open more of its market to foreign goods and services. But the situation is more complicated than we had thought.

At first glance, President Trump’s strategy in threatening tariffs on Chinese imports appears aimed at addressing his goals of reducing the US trade deficit with China and bringing back manufacturing jobs. But the actual intention goes beyond that. In addition to reducing trade deficits, the White House has three major demands: (1) opening China’s market further for US goods and services and to provide US companies with better investment conditions; (2) curbing the state-sponsored high-tech industries that form the core of Beijing’s ‘Made in China 2025’ program; and (3) improving protection of intellectual properties.

Specifically, the Trump Administration cited Beijing’s “Made in China 2025” development strategy as an example of policies that hamper market access and violate free-trade commitments under the WTO agreement. China’s goal under the strategy is to become a global leader in electric cars, renewable energy, robotics, artificial intelligence and other fields through government subsidies and protection against foreign competitors.