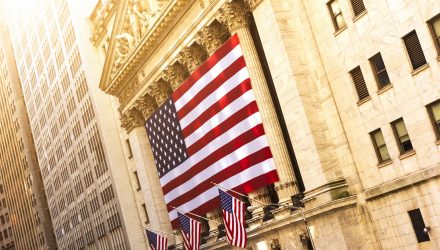 The Divergence Between Financial Markets and US economy

The divergence between financial markets and the US economy continued to widen in December.

Equities sold off and bonds rallied while the broad swath of data suggested a modestly slowing yet still robust US economy.

Unemployment hovered near historically low levels, inflation was tame, manufacturing surveys pointed to continued expansion, housing cooled off from an aggressive pace, and importantly, the full extent of the 2017 tax reform act has yet to be realized. The real litmus test will be upcoming Q4 earnings reports which begin in earnest in a couple of weeks. Consumer confidence will be key going forward given the pullback in equities.

The Unemployment Rate for November held steady at 3.7% as 155k new jobs were created (slightly below estimates for +198k). Average Hourly Earnings ticked up by +0.2% and were up +3.1% YoY, matching estimates.

The Markit US Manufacturing PMI for December came in at 53.9, down slightly from the prior months reading of 55.3, although still suggestive of an expanding US economy. Industrial Production for November edged up +0.6% (beating estimates for +0.3%) while Capacity Utilization came in at 78.5%.

The S&P Corelogic US Home Price Index continued to trend lower, however at +5.5% YoY suggested a still robust demand for housing. Declining interest rates throughout Q4 should help spur demand as we head into the spring selling season. Housing Starts, Building Permits and Existing Home Sales all edged up in November.

The Federal Reserve hiked short term interest rates by .25% in December, however they walked back slightly their rate forecast for 2019. It remains to be seen how changes to historically low short term rates affect the broader economy, but the future pace of tightenings will be critical to further growth in 2019.

U.S. Equities gave back their gains in the fourth quarter, reminding investors how quickly market sentiment can turn. U.S. Large-Caps, as measured by the S&P 500 index, lost -9.03% in December, as volatility surged and selling pressures intensified. Mid- and Small-Caps, as measured by the S&P 400 and 600 indices, were not far behind, losing -11.32% and -12.08%, respectively on the month. Large-Caps suffered their “worst” loss since 2008, with the benchmark S&P 500 index losing -4.39% on the year. Mid- and Small-Caps, underperformed Large-Caps for the year, returning -11.10% and -8.52%, respectively.

Growth sectors which had propelled the market higher over much of the nearly 9-year bull market stumbled the most, with the S&P 500 Citi Growth Index losing -14.71% in the fourth quarter. Their performance contrasts with Value stocks, as measured by the S&P 500 Citi Value Index, which lost -12.05% during the period. For the year, Growth and Value stocks diverged significantly in terms of performance, with Growth stocks largely flat compared to Value stocks’ -8.97% return.