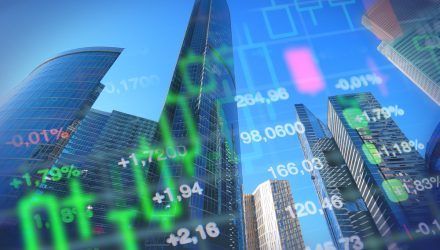 Fourth quarter real GDP in the US grew at a 2.1% annual rate, consistent with Q3’s pace. Personal consumption, along with federal, state and local government spending all contributed to growth during the last quarter while inventories and nonresidential fixed investment were detractors.

Disposable personal income rose $127 billion in Q4, down slightly from Q3’s $180 billion rise. Personal saving amounted to $1.29 trillion during the quarter, which translates into a 7.7% savings rate. As we go to press, estimates for Q1 GDP are being ratcheted downwards as the world copes with the spreading coronavirus, which emanated out of China in mid-January.

The biggest hit so far has been to the Chinese economy, however, the ripple effects of the pandemic are beginning the hit around the globe. The price of oil has fallen 16% since the virus was identified. Early estimates from Goldman Sachs suggest the outbreak may trim 0.5% from US GDP in the first quarter of 2020.

The coronavirus outbreak comes as the global economy was beginning to pick up steam, following the recent US/China trade dispute détente and signing of the new USMCA trade accord. It remains to be seen what impact the virtual shutdown of the Chinese economy will have on the rest of the world. A swift containment of the virus should limit the damage to the world economy, however an extended battle to contain the outbreak will prove more damaging to global growth.

The Federal Open Market Committee concluded a 2-day meeting on January 29th and left interest rates unchanged, signaling a desire to remain on hold for the balance of 2020. Time will tell if the recent virus outbreak will force the Fed to consider lowering interest rates to ward off a significant slowdown in the US economy. With unemployment and interest rates historically low, home-building picking up and fiscal spending robust, the US remains in an enviable position relative to the rest of the world. It’s too early to tell if this is the “black swan” event that derails this 11-year expansion; however, we would suggest a cautious stance until we get more clarity around probable outcomes.

U.S. equities finished the month of January in the red as fears over the Chinese coronavirus spread globally. Markets sold off hardest on Friday, with the S&P 500 losing -1.76% as the number of people infected globally increased and the death toll rose.

Furthermore, the World Health Organization (WHO) declared the outbreak a global health emergency. Companies including Starbucks, McDonald’s, and Apple have closed stores out of an abundance of caution, and have guided forward looking earnings expectations into wider than normal ranges given the uncertainty surrounding the outbreak and its impact on economic activity globally.

Friday’s selloff pushed the benchmark S&P 500 into negative territory for January, with the index down -0.04%. Small- and Mid-Caps fared worse, with the S&P SmallCap 600 and MidCap 400 Indices falling -3.97% and -2.61%, respectively. Low Volatility, Momentum, and Growth stocks bucked the trend and finished in positive territory, with the S&P 500 Low Volatility, Momentum, and Growth Indices posting returns of +3.07%, +2.93%, and +2.27%, respectively thanks to a robust earnings season from Technology stocks, which contributed +0.92% to the S&P 500’s performance on the month, helping keep it flat.

From a sector standpoint, Utilities added +6.65% during the month as investors rushed for safety and the 10-year U.S. Treasury finished the month yielding 1.51%, down from 1.88% at the start of the year. Technology stocks were the next best performing sector, up +3.95% as strong earnings from Microsoft and Apple propelled the sector. Google (part of the Communication Services sector which was up +0.92%) joined the two Tech behemoths in the $1 Trillion market cap club, while Amazon (part of the Consumer Discretionary sector which was up +0.63%) briefly surpassed $1 Trillion in market cap after a strong earnings beat, but finished the month with a sub-Trillion dollar market capitalization.

Energy was the worst performing sector, shedding -11.07% during the month after oil prices sank and giants such as ExxonMobil and Chevron announced disappointing results. Materials and Healthcare were also firmly in the red, losing -6.17% and -2.72%, respectively on the month, while Financials gave back -2.58% as yields fell.

International equities sold off in January as fears over the coronavirus spread and overshadowed the United Kingdom’s official exit from the European Union, bringing the Brexit saga to the next phase (of where to next!?). Developed International equities, as measured by the MSCI EAFE Index, lost -2.07%, while Emerging Markets, as measured by the MSCI EM Index, lost -4.66%.

The benchmark Shanghai Composite Index in China was closed for the Lunar New Year, but resumed trading overnight only to fall -7.7%. The market’s drop comes with a caveat that the Index was “catching up” with the rest of the world. Many underlying stocks hit their daily “down limit” of -10%, a cap on how far stocks can fall per day. Furthermore, in response to the outbreak and market’s reaction, The People’s Bank of China (PBOC) injected 1.2 Trillion Yuan ($173 Billion) of liquidity into the financial system over the weekend, the largest bout of stimulus in more than 15 years.

The PBOC also instructed securities regulators to have brokerage firms suspend securities lending which could be used for short selling. While the impact of the virus is unknown and difficult to predict, it is likely to have an impact on the Chinese economy given that it is more heavily dependent on consumption than it was in the early 2000’s with the outbreak of SARS. With China (and the world) facing the threat of slowing economic growth, the impact of the virus on consumption, earnings, supply chains, etc. that are still inexplicably linked to China is uncertain.

The impact of the virus on the Phase 1 trade deal between the U.S. and China could be another wild card that is impossible to predict. From a sector standpoint, Utilities were the top performers as investors rushed to safety and yields fell. The Utilities sector rose +4.89%, one of only two sectors (Healthcare) to finish in positive territory on the month. Energy and Materials were the worst performers, down -7.32% and -5.40%, respectively, as oil prices dropped, and fears of slower global growth amplified losses. While headlines in China may be scary and get worse, pullbacks may prove opportunistic for long-term investors focused on fundamentals and valuation, which look relatively attractive to those in the U.S.

The recent Fed meeting was uneventful, as expected. The Fed Funds rate did not change and Chairman Powell signaled that he did not think any future moves were likely in the near term. There was discussion of inflation being lower than the committee would like, which can be interpreted as dovish posturing, making the next rate move more likely to be a cut than a raise. The recent movement in the shape of the yield curve is supportive of a rising likelihood of a Fed rate cut.

There was significant concern during 2019 while the yield of 3-month Treasury securities were higher than the yield of 10-year Treasury securities, resulting in an inverted yield curve – which typically precedes a recession. The Fed took its sweet time, but eventually cured the inversion by lowering short-term interest rates below those of longer term rates. The discussion of recession worries declined significantly. Well… the curve has moved lower and the inversion has reappeared. This can be interpreted as the Fed being behind the market, again. If the inversion proves durable and does not resolve itself, the Fed will likely take the hint and adjust the Fed Funds rate (the complication being that this is an election year).

Powell would prefer higher rates to lower, but he is also keen to avoid being the reason our extremely long economic expansion comes to an end. The U.S. Government Bond Index was the top performer for the month. This has a couple drivers. With interest rates declining, duration has continued to be an investor’s friend, increasing the value of their bond holdings. One of the things that has changed in the first month of 2020 is the additional return offered by taking on the credit risk of investment grade and high yield corporate bonds. Throughout 2019, spreads consistently tightened, providing a performance tailwind to these exposures. January 2020 has been an about-face, with spreads widening, detracting from the performance offered by these riskier bond allocations.

Even with this widening, spreads continue to appear relatively low, and could cause investors additional heartburn if there is an economic slowdown associated with the viral outbreak or other end of cycle issues. The Green Bond Index offers a yield that is low relative to other options, but it does carry a significant amount of duration amongst its holdings. That duration has acted as ballast, providing strong performance this month, and over the last twelve months as rates have decreased.

Alternative investments such as Gold, Real Estate, and the U.S. Dollar, proved their worth in January as global equities sold off; however, commodities and oil prices fell on fears that the coronavirus could slow consumption and future economic growth. Gold prices rose sharply in January, rising +4.74%, or nearly $72/ounce, to close at $1,589/ounce, the highest monthly closing level since early 2013. Gold now has a 1-year return of +20.28%, greater than Global Equities, as measured by the MSCI ACWI Index, which gained +16.68% over the same time frame.

Gold was buoyed both by investors seeking safe haven assets as well as falling interest rates, as the benchmark 10-Year U.S. Treasury yield fell -37bps during the month. Real Estate, as measured by the FTSE NAREIT All REIT Index, gained +1.28% on the month, helped by the aforementioned falling interest rates. Additionally, the U.S. Dollar, as measured by the DXY Index, rose +1.04% during the period to close at 97.4, but remains below it’s monthly closing high of 99.4 from September 2019. Commodities, as measured by the Bloomberg Commodities Index, fell -7.48% during the month, led by a steep drop in crude oil prices. West Texas Intermediate (WTI) crude oil lost -15.56%, or nearly $10/barrel on the month, the sharpest monthly decline since May 2019.

Facing the possibility of further oil price declines, Saudi Arabia is reported to be advocating for OPEC production cuts in response to recent weakness, allegedly in the 500,000 to 1 million barrel per day range; however, an emergency OPEC meeting has not yet been scheduled. Volatility spiked, with the CBOE VIX Index level rising +28.69% to 18.84, and is now up +13.70% over the past year. Despite the rise in volatility over the past year, hedge funds continue to underperform many financial assets, including bonds. During the month of January, seven of nine strategies tracked posted positive returns on average, with Macro (+1.05%) and Convertible Arbitrage (+0.83%) performing the strongest, while Equity Market Neutral (-1.39%) and Equity Hedge Long Short (-0.02%) lost ground. Lastly, the United Kingdom officially exited the European Union, bringing the Brexit saga to the next phase (of where to next!?). The Pound barely budged against the U.S. Dollar on the month, and remains largely unchanged over the past year; however, the Pound remains sharply weaker, down -11.2% since June 2016 when Brexit was first announced.