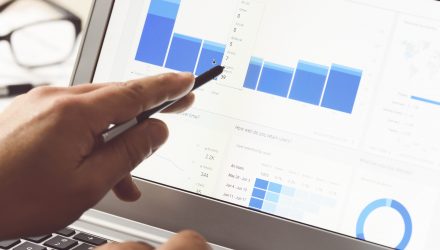 The S&P 500, NASDAQ Composite and Russell 2000 indices each hit new all-time highs in August. The Dow Jones Industrial Average has yet to reach its prior high set in January. General themes for 2018 persisted in August with small caps outperforming large caps, growth stocks outperforming value stocks and U.S. equities outperforming international equities. All major U.S. equity indices advanced in August and added to positive year-to-date gains. The S&P 500 advanced 3.3%, the Russell 2000 rose 4.3%, and the Russell 3000 climbed 3.5%. The disparity between growth and value widened further in August as the Russell 1000 Growth Index gained 5.5% and the Russell 1000 Value Index advanced only 1.5%, leaving year-to-date results at 16.4% and 3.7%, respectively.

The disparity between U.S. and international equities also widened in August. While progress was made with trade negotiations between the U.S. and Mexico late in the month, no resolution was found with Canada, and trade issues continue to linger with China.

After starting the month around 2.96%, the 10-year U.S. Treasury yield declined to 2.86% by the end of August. The backdrop of declining rates helped most sectors of the bond market advance during the month. The Bloomberg Barclays U.S. Aggregate Bond Index and the Bloomberg Barclays U.S. Credit Index gained 0.64% and 0.51%, respectively. Despite this progress, these two indices remained in negative territory year to date. Longer-dated U.S. Treasuries showed some of the best results for the month reflecting their sensitivity to dropping interest rates in August, but they too continued to show negative year-to-date results as rates have risen overall since the end of 2017.

The Bloomberg Barclays U.S. Aggregate Corporate High Yield Index advanced 0.74% in August and continued to stand out on a year-to-date basis with a 2.0% gain. Muni bonds and TIPS have also shown some modest positive year-to-date results. High yield bonds have been the best performing fixed income asset class in 2018 as investors continue to be rewarded for taking on credit exposure during this ongoing economic expansion.

Consumer Spending on the Rise

Economic data continued to reflect the ongoing expansion of the U.S. economy. Consumer confidence remained high and, more importantly, retail spending data reflected that the consumer’s confidence is translating into spending activity. Although non-farm payroll additions of 157,000 were below expectations in July, the prior two-month’s net revisions were increased by 59,000. The unemployment rate dropped to 3.9% as expected, while average hourly earnings increased 2.7% from the prior year matching expectations as well. The July ISM manufacturing and non-manufacturing indices were both below expectations, but both also remained well above 50, the dividing line between expansion and contraction for these indices. Finally, the second reading of Q2 2018 GDP growth was revised modestly higher to a 4.2% annualized growth rate, when it was expected to be reduced slightly to 4.0% compared to the preliminary reading of 4.1%.

The Federal Open Market Committee had a meeting that bridged the final day of July and first day of August. No change in policy rates was announced at its conclusion, but the focus of the market has now turned to the late September meeting as the next likely time for a rate hike. The annual Jackson Hole symposium took place in August and Fed Chair Powell’s speech largely continued to signal the Fed’s gradual tightening cycle will be the ongoing course of action.

Peter Eisenrich, CFA®, Vice President and Client Portfolio Manager at Clark Capital Management, which is a participant in the ETF Strategist Channel

Past performance is not indicative of future results. This is not financial advice or an offer to sell any product. Clark Capital Management Group, Inc. reserves the right to modify its current investment strategies and techniques based on changing market dynamics or client needs. It should not be assumed that any of the investment recommendations or decisions we make in the future will be profitable or will equal the investment performance of the securities discussed herein. Clark Capital Management Group, Inc. is an investment adviser registered with the U.S. Securities and Exchange Commission. Registration does not imply a certain level of skill or training. More information about Clark Capital’s advisory services can be found in its Form ADV which is available upon request. Material presented has been derived from sources considered to be reliable, but the accuracy and completeness cannot be guaranteed. Nothing herein should be construed as a solicitation to buy, sell or hold any securities, other investments or to adopt any particular investment strategy or strategies. For educational use only. CCM-993