You are at:Home»ETF Strategist Channel»Avoid a Busted Portfolio With An ETF, Index Based Strategy 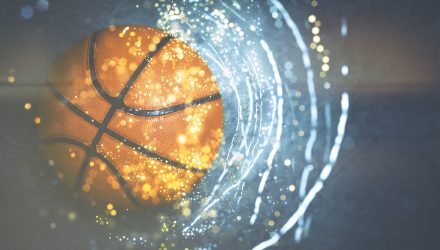 Avoid a Busted Portfolio With An ETF, Index Based Strategy

Anyone who has ever entered a March Madness bracket pool for the NCAA tournament knows the feeling – it doesn’t take long before the teams you’ve picked to win start to lose – and your bracket fills up with red.

After the first weekend, most brackets have lots of mistakes. It’s easy to see why. The teams in the tournament are all pretty good, or else they wouldn’t qualify.

The difference between the teams isn’t that large, making it hard to predict with certainty who will win. Also, the first round alone has 32 games, so it’s going to be very difficult to make many correct predictions. Jeff Bergen, a professor at DePaul, estimates the chances of picking a perfect bracket at 1 in 128 billion. Many think the odds are worse than that.

My bracket strategy has changed over time. At first, it was fun to try and pick upsets. After all, upsets happen every year, so I knew a reasonable amount of the lower seeded teams would defeat higher seeds. Furthermore, picking an upset meant being contrarian. If anything, picking upsets gave me bragging rights with my friends.

The upset strategy had problems though. First, every upset that I picked was a low probability event, which meant that the favored team was likely to win, and I was likely to be wrong. Second, given the sheer number of games played in the tournament, it was likely that upsets I didn’t pick would occur, doing further destruction to my bracket.  Most years, in the attempt to make my bracket better, I compounded my problems and made it worse.  Needless to say, I didn’t end up feeling smarter than my friends.

So now, I have a new bracket strategy. I only pick the favored teams to win. My motivation is no longer to pick the perfect bracket, a task which is highly unlikely, if not impossible. My new goal is to give myself the best possible chance of success. I know there will be upsets, but I also know that my chances of picking upsets regularly are not good. I am certainly not a college basketball expert, but even so-called experts have questionable ability to pick upsets consistently. Most of the time, the favored teams win, if they didn’t Vegas would be broke.

So, I’ve decided to align my bracket with the favorites. If you are trying to win your office pool, this strategy gives you the best statistical chance for success.

Every year, S&P Global updates the SPIVA US Scorecard. This report tracks the percentage of actively managed funds that outperform their index benchmark. It corrects for survivorship bias by adding back any funds that were liquidated or merged. It also assigns appropriate benchmarks and asset-weight returns, meaning the biggest funds have more impact than smaller funds. This methodology is used to accurately show what results most investors are getting.

Each table shows the percentage of active funds that failed to beat the benchmark over the given time period.  Just like the NCAA tournament, there can be upsets over shorter time periods.  Even so, the results indicate just how difficult it is for most active funds to continue to outperform, especially over longer time periods and full market cycles. It also shows how this phenomenon persists over most asset classes, including diversifying holdings such as emerging market debt and international stocks, which have long been thought to benefit from active management.