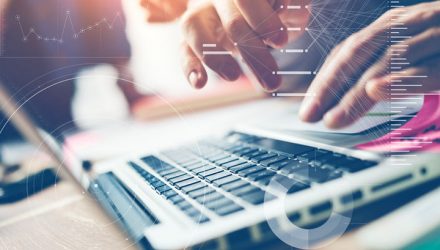 Our asset allocation portfolios are positioned for outperformance by non-US markets in 2017. Our preference for non-US markets is based on relative valuations and cyclical factors which we believe will continue.

That said, when it comes to our holdings in technology stocks, our focus remains very US-centered. In points 1 and 2 below, we highlight why, in our view, the US outperformed both developed and emerging markets until recently, and why we believe that is changing at the margin. Point 3 shows the importance of the leading technology stocks in the current bull market and the extent of US dominance.

Since technology extends well beyond the tech sector, and the NASDAQ has been the index of choice for so many high growth companies, we seek to illustrate the contrast between the NASDAQ and the Dow Jones Industrial Average (a bellwether for more established companies) over the last 20 years. The relative performance between the two is shown in our Weekly Chart on page 2. The first thing that stands out is the boom and bust in relative performance from 1998 to 2002. In our view, this reinforces the importance of a valuation discipline. As we said in point 3 above, investors recognized the potential growth of NASDAQ companies, but also greatly overpaid for that potential in 1999 and 2000.

The second thing that strikes us is the persistent outperformance by NASDAQ companies in the current economic expansion. It is worth remembering that technology is ever-changing and that many of the perceived winners in the 1990s have lost their dominance or disappeared, to be replaced by the new leaders. For example, Apple’s share price had been flat in the 10 years from 1988 to 1998. The first iPhone was only introduced in 2007, leading to Apple’s dominance of the smartphone and tablet market and ultimately to its current position as the company with the largest weighting in the MSCI World Index (Apple was finally added to the Dow Jones in March 2015). Amazon is another company whose dominance of the retail sector has accelerated since 2009. Other companies that have driven the NASDAQ are also relatively recent additions: Netflix was listed in 2002, Google in 2004, Tesla in 2010 and Facebook in 2012. Picking the winners in such rapidly changing environment is very hard, which is why we often prefer to invest in index vehicles such as ETFs. 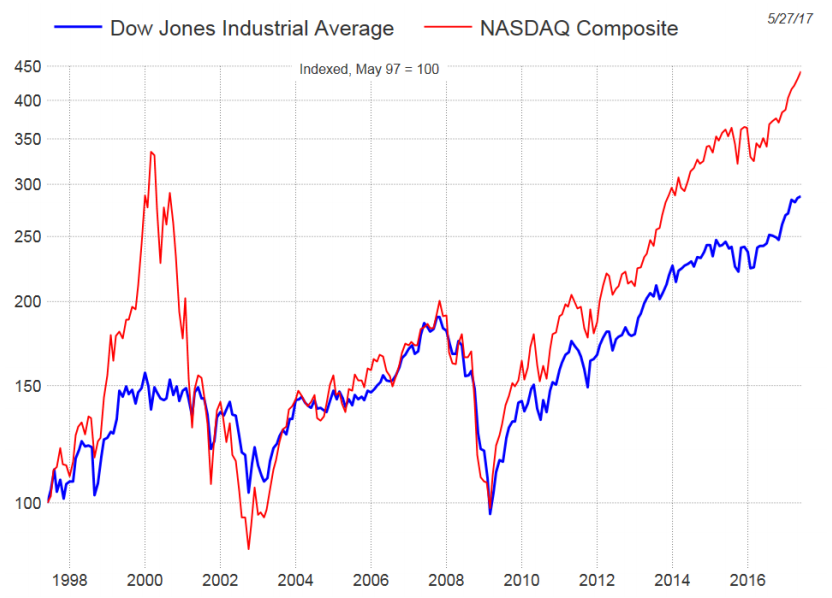 While the outperformance by NASDAQ companies has been persistent in recent years, it is different from the mania of the late 1990s. This is because most of the outperformance has been driven by stronger relative earnings. When evaluating technology companies, we place considerable weight on the ratio of price to free cash flow, and also to price momentum, which currently remains robust. Thus, within the US portion of our asset allocation portfolios, technology is currently our largest sector allocation.

The comments above refer to generally to financial markets and not RiverFront portfolios or any related performance.

Past results are no guarantee of future results and no representation is made that a client will or is likely to achieve positive returns, avoid losses, or experience returns similar to those shown or experienced in the past.
RiverFront’s Price Matters® discipline compares inflation-adjusted current prices relative to their long-term trend to help identify extremes in valuation.