You are at:Home»ETF Building Blocks Channel»As Biotech Consolidation Heats up, ‘SBIO’ Could Be a Winner 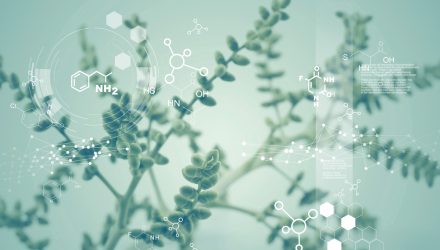 As Biotech Consolidation Heats up, ‘SBIO’ Could Be a Winner

Biotechnology equities are slumping to start 2021, with the S&P Biotechnology Select Industry Index down 10% year-to-date.

Mergers and acquisitions activity, which are typically vibrant in the biotech space, are also in a funk. Yet many experts believe biotech consolidation is poised to pick up the pace in the second half of 2021. If that happens, the ALPS Medical Breakthroughs ETF (SBIO) could reap the rewards.

SBIO components have market values of $200 million to $5 billion at the time of inclusion in the fund. Even the higher end of that range is a sweet spot for cash-rich pharmaceuticals companies looking to replenish drug pipelines and fend off patent cliffs. With the aforementioned decline by the S&P Biotechnology Select Industry Index, some pharmaceuticals could now be on the prowl for takeover targets.

Last month, Moody’s Investors Service said Amgen, Bristol Meyers Squibb, Johnson & Johnson, and Merck are among the companies with the resources and potential need to engage in acquisitions without harming their credit ratings. As just one example, J&J has north of $25 billion in cash, meaning any number of SBIO firms would be easily digestible for the Dow component.

“M&A start to pick up after [three to six months]of a large drawdown and as prices ‘normalize’ for sellers,” Jefferies analyst Michael Yee wrote in a note cited by Josh Nathan-Kazis for Barron’s.

Biotech M&A Due for a Rebound

The lethargic start to 2021 for biotechnology consolidation comes after the pace of deal-making slowed in 2020. Entering this year, PwC forecast up to $275 billion in transactions in the life sciences arena.

SBIO’s underlying index mandate that member firms have at least one drug or therapy in either Phase II or Phase III U.S. Food and Drug Administration (FDA) clinical trials. That limits some of the volatility associated with pre-trial and Phase I only names. Additionally, it makes the fund’s roster potentially fertile ground for suitors. Approximately 20 SBIO components have been acquired since the ETF came to market in late 2014.

The extent to which biotechnology M&A perks up and how it affects SBIO remains to be seen. However, Jefferies’ Yee identifies Fate Therapeutics Inc. (FATE) – SBIO’s biggest holding – as a possible takeover target.