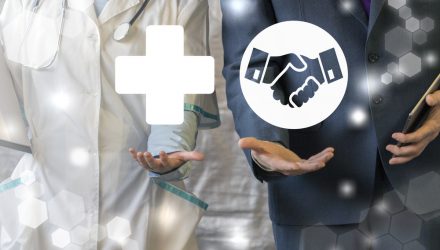 Already off to a strong start in 2021, the ALPS Medical Breakthroughs ETF (SBIO) extended the good vibes by jumping 9% in the first full trading week of February.

After the first week of February, SBIO was higher by 19.34% to start 2021, buoyed by investors’ affinity for investments with links to the coronavirus treatment process and expectations of strong consolidation activity in the biotechnology space this year. 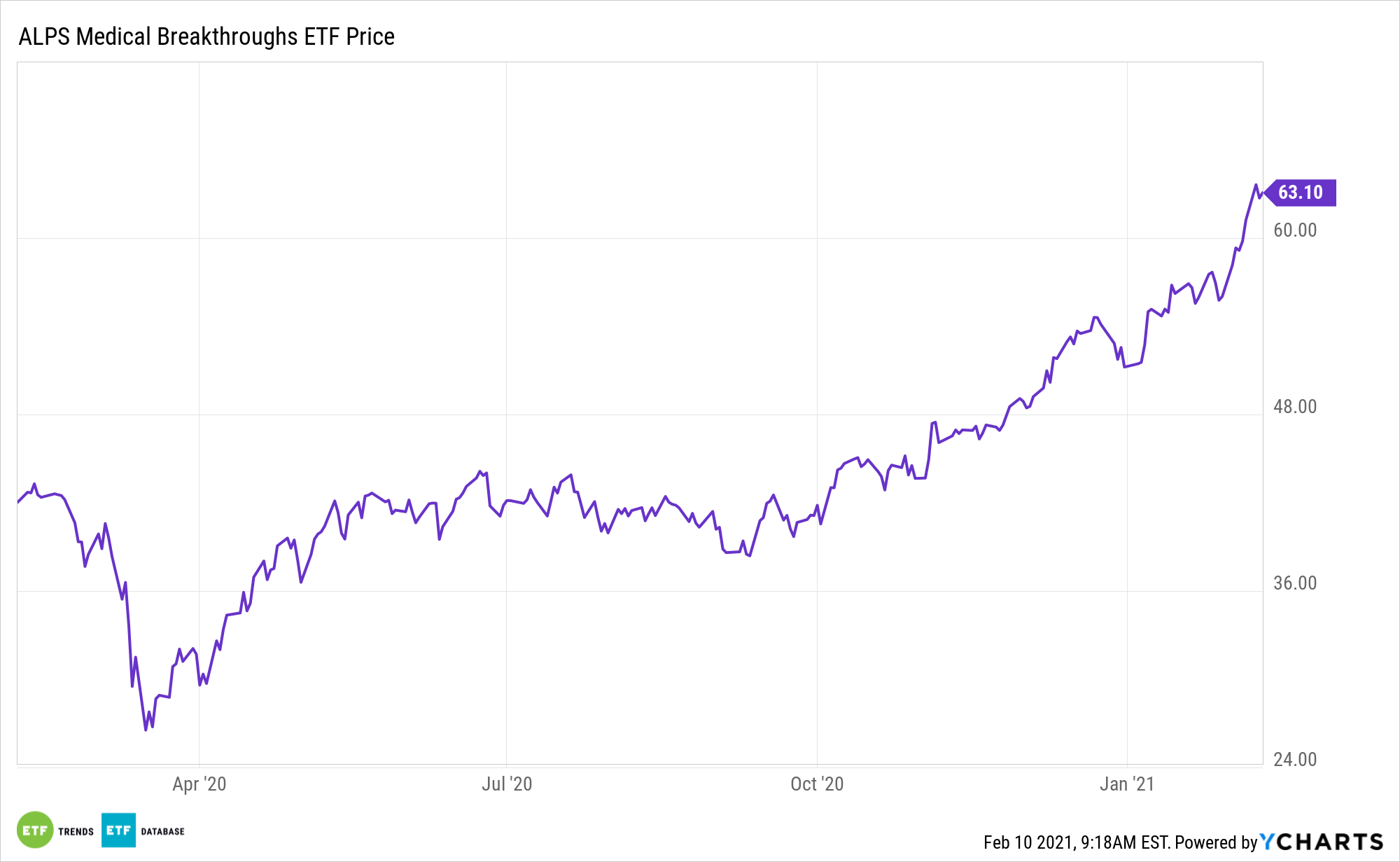 In addition to being an ideal clinical trial play, SBIO is also one of the premier avenues for accessing biotechnology stocks that are takeover targets. 20 of the fund’s components have been acquired since it debuted in 2014.

On February 1, 2021, Viela Bio Inc. (VIE, 1.71% weight) announced it would be acquired by Horizon Therapeutics (HZNP, not in SBIO*) at a 53% premium in an all-cash deal. The deal marks the 20th SBIO constituent to be acquired since its inception on December 30, 2014, with the average premium paid by the acquirer of an SBIO constituent standing at 51.90%.

SBIO is one of the original exchange traded funds dedicated to small- and mid-cap biotechnology stocks. Alone, that trait enhances the fund’s relevance in a brisk takeover environment, but there’s more to the story.

The fund is frequently home to credible takeover targets because its components must have drugs in Phase II or Phase III trials and the its holdings must have enough cash to survive at least two years at current burn rates. Either of those traits or a combination of the two make for alluring investment opportunities.