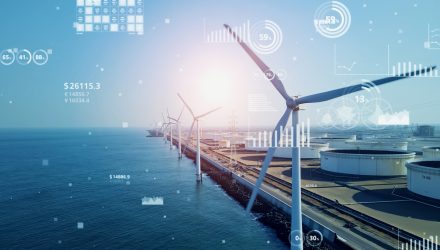 Europe is trying to wean itself off Russian natural gas, which accounted for about 40% of the bloc’s gas consumption last year, the Wall Street Journal reports. Many have become more vocal in their outrage over Russia’s invasion of Ukraine, but countries remain wary of supplies that could be suddenly cut off by Moscow.

The European Union already stated its intentions to cut imports of Russian gas by two-thirds this year and end its dependence on them entirely by 2027.

The changes have become more urgent after EU officials accused Russia of using energy as a political weapon. Russian energy giant Gazprom PJSC halted gas sales to Poland and Bulgaria after a new decree by President Vladimir Putin required buyers to pay in the ruble currency.

“Gazprom’s announcement is another attempt by Russia to blackmail us with gas,” European Commission President Ursula von der Leyen says on Wednesday.

While Europe may switch to other gas suppliers over the short-term, renewable energy or clean energy could play a bigger role in the future as policymakers look to expanding solar, wind, and other clean tech to help diminish reliance on Russian gas and achieve the bloc’s existing climate goal.

“We had a fear for a few days that the crisis would kind of put everything on pause in terms of climate policy,” Jules Besnainou, executive director of Cleantech for Europe, tells the WSJ. “We’ve seen kind of the reverse, which is a real emphasis on the rollout of clean technology.”

Experts argued that both solar and wind could enjoy significant expansion over the next several years, especially if the EU expedites permits to build out these clean energy sources.

“The sense of urgency is really understood by everyone,” Matthias Taft, chief executive of Munich-based BayWa r.e. AG, tells the WSJ, adding that the improvements in the permitting process for large-scale solar and wind projects could cut the time needed to get the go-ahead for new projects.