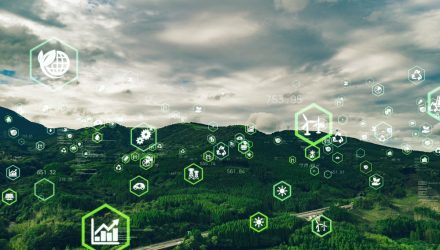 “After many months of negotiations, we have finalized legislative text that will invest approximately $300 billion in Deficit Reduction and $369.75 billion in Energy Security and Climate Change programs over the next 10 years,” Senators Manchin and Schumer said in a joint statement. “The investments will be fully paid for by closing tax loopholes on wealthy individuals and corporations.”

The new legislation, called the Inflation Reduction Act of 2022, will cover a range of policy actions, including climate change, healthcare, taxes, and inflation.

Looking at how the legislation will address climate change, the agreement is expected to help “reduce carbon emissions by roughly 40 percent by 2030.”

The climate spending bill, which has been a part of President Joe Biden’s presidential trail promises, was initially opposed by Manchin due to concerns over additional government spending in a period of heightened inflation. The Democratic senator single-handedly impeded the passage of the bill as unanimous support among Democrats in Congress was required to push through the legislation.

“This is an 11th-hour reprieve for climate action and clean energy jobs, and America’s biggest legislative moment for climate and energy policy,” Zichal added.

The new bill will include an extension of clean energy tax incentives to help support the clean tech industry’s growth, including a package that would provide incentives for domestic manufacturing of clean tech parts. The proposed funding allocates spending for electric vehicles, hydrogen, and nuclear power as well.