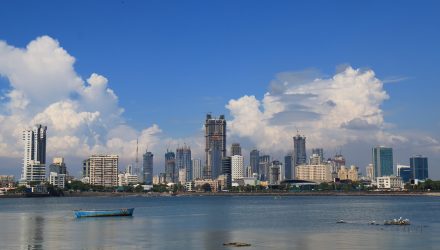 WisdomTree, an exchange-traded fund (ETF) and exchange-traded product (ETP) sponsor and asset manager, today announced the launch of the WisdomTree India ex-State-Owned Enterprises Fund (IXSE) on the NYSE Arca. IXSE seeks to track the price and yield performance, before fees and expenses, of the WisdomTree India ex-StateOwned Enterprises Index and has an expense ratio of 0.58%.

India is one of the world’s largest and most easily accessible economies, forecasted to grow over 7% for the foreseeable future. Over the last five years, more than one-third of large-cap companies in India increased their book value by over 50% and nearly three-fifths of small-cap firms generated profits. This growth is exceptional even by emerging market standards.

In addition, there have been significant fundamental and structural changes that have taken place in India’s economy over the last few years including financial reforms, socioeconomic changes and infrastructure developments. The fast pace of reform throughout India has made it easier for many firms to piggy-back on the tailwinds provided by the significant growth of the overall economy.

As the world’s largest democracy faces an upcoming election, WisdomTree believes that irrespective of who comes to power, the trajectory for India’s growth is set for multiple years and possibly decades to come.

Similar to the WisdomTree Emerging Markets ex-State-Owned Enterprises Fund (XSOE) and the WisdomTree China ex-State-Owned Enterprises Fund (CXSE), IXSE provides exposure to a more targeted group of equities by investing in companies incorporated and traded in India and excluding common stocks of state-owned enterprises (SOEs), defined as companies with more than 20% government ownership.

“We believe governments, particularly in emerging markets, may not always be the best stewards of capital, and as a result, government-owned companies might be influenced by a broader set of interests beyond generating profits for shareholders. This can often lead to inefficiencies and can impact the longterm growth potential of these companies,” explains Jeremy Schwartz, WisdomTree EVP and Global Head of Research.

By excluding SOEs, IXSE potentially provides an alternative way to gain beta exposure to the private sector companies in India and excludes unprofitable banks and financial firms. Additionally, the strategy enhances stock selection in other capital-intensive sectors such as energy and industrials, where dominance by state-owned companies is typically higher.

WisdomTree conducted an analysis to explore whether Indian SOEs performed differently than nonSOEs over time. In comparing a broad market capitalization-weighted portfolio of Indian SOEs and nonSOEs, results indicated that there had been a consistent performance gap in favor of non-SOEs, with an average annual return over the last 10 years of approximately 12.31%, compared to 7.22% for SOEs.2

While SOEs represent a smaller segment of the total Indian market when compared with China, for example, these results further demonstrate the value of excluding state-owned enterprises within Indian equities over the long-term.