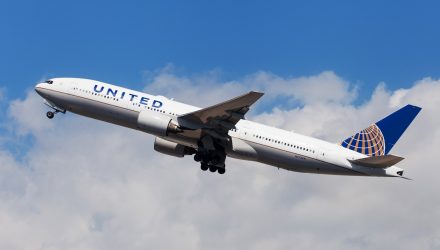 United Airlines Gets A New CEO Amidst Positive Growth

United Airlines (UAL) declared Thursday that CEO Oscar Munoz will relinquish day-to-day management of the airline next spring to President Scott Kirby, who will become the company’s chief executive officer.

CEO Oscar Munoz, who is 60 years old and the amiable leader and public face of the airline since 2015, will become executive chairman of United’s board of directors when Kirby becomes CEO. He made headlines less than two months into his tenure at United when he suffered a heart attack followed by a heart transplant. He took back the helm at the airline just two months after the transplant.

United said Munoz will serve as executive chairman for a one-year term and will continue to work closely with Kirby, the board and United employees.

“With United in a stronger position than ever, now is the right time to begin the process of passing the baton to a new leader,” Munoz said in a statement. “One of my goals as CEO was to put in place a successful leadership transition for United Airlines. I brought Scott to United three years ago, and I am confident that there is no one in the world better equipped to lead United to even greater heights. It has been the honor of my career to lead the 95,000 dedicated professionals who serve United’s customers every day. I look forward to continuing to work closely with Scott in the months ahead and supporting the company’s ongoing success in my new role.”

Related: Airlines Could Be A Good Bet According To Experts

Kirby, 52, who joined United 3 years ago after being let go by rival American Airlines, where he was president and CEO in waiting, is an Air Force Academy graduate and active outdoorsman and is considered to be one of the foremost revenue minds in the airline business. He has long been an apologetic champion of airline fees, arguing that the a la carte model is good for the industry and customers.

“I am honored to be named the next CEO of United and to succeed Oscar, whose leadership has been truly transformational for United Airlines,” Kirby said in a statement. “I look forward to working with Oscar, the board, our established leadership team and every United employee as we drive forward our proven strategy and focus on being the airline customers choose to fly and return to time and again.”

Investors looking at ETFs that hold United or other airlines, in general, can consider the SPDR S&P Transportation ETF (XTN), the iShares Transportation Average ETF (IYT), or the U.S. Global Jets ETF (JETS).