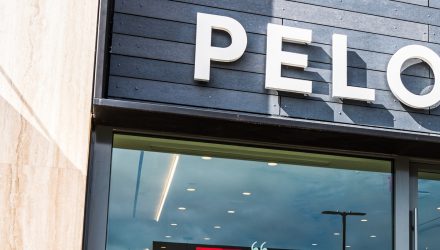 After releasing disappointing earnings in November, recent IPO Peloton may have more significant issues than the public relations debacle from the controversial ad that has now become a meme. Short-seller Citron Research said in a report Tuesday that it anticipates the stock will plummet roughly 85% to just $5 a share.

Citron said in the report, titled “Investors Peddling Themselves into Frenzy,” that Peloton (PTON) is reminiscent of GoPro (GPRO) and Fitbit (FIT), two companies which were at one time market pioneers in their respective categories of wearable action cameras and fitness trackers. But over time, competition damaged their sales and profits, driving away investors.

In its report, Citron said that “while Peloton has enjoyed a first mover advantage, the lack of differentiation of its bike has finally caught up to it as the competition is not only making virtually identical exercise bikes, but ones that are both more affordable and functional.”

Peloton, the maker of high-end at-home fitness equipment rolled out a holiday ad in November that encourages viewers to “give the gift of Peloton,” which had onlookers complaining about what they saw as sexist and classist undertones of sexism in the ad. Though the ad first ran on Nov. 4, according to iSpot.tv, the commercial more recently went viral on Twitter as well. Naturally, the company is disappointed with how the ad was received.

“We constantly hear from our members how their lives have been meaningfully and positively impacted after purchasing or being gifted a Peloton Bike or Tread, often in ways that surprise them,” a company spokesperson said in an email. “Our holiday spot was created to celebrate that fitness and wellness journey. While we’re disappointed in how some have misinterpreted this commercial, we are encouraged by — and grateful for — the outpouring of support we’ve received from those who understand what we were trying to communicate.”

Despite Citron’s view, in an investor note Tuesday, Raymond James analysts commented that the “significant backlash” to this particular ad likely wouldn’t sting in the long run, noting that Black Friday traffic appeared solid and that its affordability campaign is “compelling.”

“While reactions to the holiday ad are disappointing, we do not expect it will adversely affect holiday demand,” the analysts said. “We do believe Peloton may review its marketing strategy, given the frequency in which its ads are parodied on social media.”