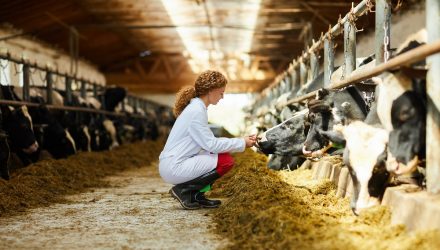 Ending an ongoing regulation on American beef exports, Japan has decided to clear the way for U.S. products to enter the market regardless of age, the U.S. Department of Agriculture announced Friday.

Restrictions started back in 2005, when Japan imposed age stipulations on U.S. beef imports in response to the outbreak of bovine spongiform encephalopathy, sometimes known as mad cow disease. According to an announcement by the USDA, Japan agreed to remove its 30-month cattle age limit for U.S. beef imports. The new terms, which begin immediately, permit U.S. products from all cattle, regardless of age, to enter Japan for the first time since 2003, the government said.

“This is great news for American ranchers and exporters who now have full access to the Japanese market for their high-quality, safe, wholesome, and delicious U.S. beef,” Agriculture Secretary Sonny Perdue said in a statement. “We are hopeful that Japan’s decision will help lead other markets around the world toward science-based policies.”

The U.S. Meat Export Federation projects that expanded access without the age restrictions could uplift U.S. beef sales to Japan 7% to 10%, or by $150 million to $200 million annually. It also explained that the ability of the industry to use beef from over-30-month cattle will lower costs for companies exporting processed beef products to Japan.

Cattle futures on the CME received a boost, reversing some of their recent weakness. The August feeder cattle contract rallied over 1% and the August live cattle contract also was slightly higher.

“There are countries and regions where it takes decades to build up to $200 million in beef exports,” said Joe Schuele, a spokesman for USMEF. “And yet in Japan, we’re going to add that business in really a short period of time. So in a way, this is kind of like opening up a whole new medium-sized market.”

Investors looking to play off of the gains in the cattle industry might look into PowerShares DB Agriculture Fund (DBA), which holds futures contracts in feeder cattle and lean hogs. DBA allocates nearly 14.8% of its assets to futures in cattle and 8.1% to lean hog futures. Another option is the iPath Dow Jones-UBS Livestock Subindex Total Return ETN (COW), which seeks to replicate the performance of the Dow Jones-UBS Livestock Subindex Total Return Index, which allocates 59.27% of its assets to cattle and 40.73% to lean hogs.

For news and strategy, visit ETFtrends.com.