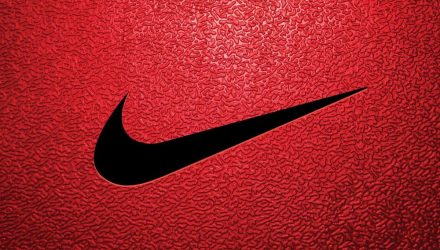 Nike: What If You Had Invested 10 Years Ago?

Not too long ago we did a story on Starbucks and how much you could have made if you started with $1,000 just 10 years ago. Well, taking a look at Nike offers another impressive performance for the money.

Investing $1,000 in Nike 10 years ago would have resulted in $7,700, as of July 8, 2019. That’s a whopping 670% return on your investment. To put this in benchmark terms, over the same period of time, the S&P has returned roughly half of that, at 318%. This quarter alone Nike shares were up over 1%, which is impressive considering the sports apparel giant failed to meet analysts’ expectations.

Nike said its profit margins were damaged, partly as a result of its attempts to sell directly to consumers through online channels and less through wholesalers like Dick’s Sporting Goods or Sports Authority.

Still, Nike’s stock is up almost 16% over the past year, raising its market capitalization to roughly $130 million. Their latest innovation is a high-tech foot scanning app that can reliably determine a customer’s shoe size.

Nike was in the news recently as  NFL star-turned-activist, Colin Kaepernick, admonished the company not to sell a shoe with a symbol that he and others consider offensive, according to people familiar with the matter. Nike responded by dropping its Betsy Ross American flag sneakers, a special shoe planned for release in coordination with the Fourth of July commemoration.

Last year, Nike featured Kaepernick as part of its 30th anniversary of its iconic “Just Do It” campaign. Since the ad was released, Nike has posted higher sales, boosted by strong demand in both the U.S. and China. In the fourth quarter, sales rose 4% to $10.18 billion.

The latest move for the company was an ad celebrating the US women’s national soccer team victory in the 2019 World Cup, where Nike supports the team’s fight for pay equity.

Investors who are supportive of Nike can look at ETFs with heavy weightings of the stock such as the iShares U.S. Consumer Goods ETF (IYK) or the Invesco DWA Consumer Cyclicals Momentum ETF (PEZ).
For more investments strategies, visit ETFtrends.com.