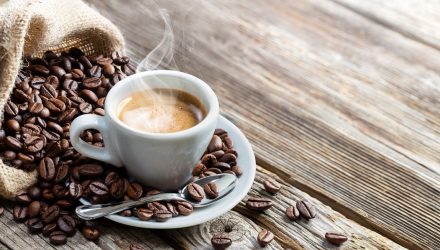 As a young advisor working at Morgan Stanley, I would often tell clients looking for retirement advice that they should look to cut back on niceties as a way of generating extra cash for their nest egg. One such example I relied on in presentations included foregoing that Starbucks cup of coffee, and instead putting that savings into stocks, to fund a retirement plan.

According to Nancy Fellinger, a certified financial planner, who has run some estimates on the cost of a $3-a-day coffee habit, just avoiding the daily cup of joe could yield big returns in only 10 years.

Now imagine if you had taken those returns and funneled them back into Starbucks stock itself.

The coffee giant has performed well throughout 2019, beating analyst’s expectations in the second quarter, and has a current share price around $83. Using a similar calculation, if you invested $1,000 in June 2009, you would have $14,000 today, according to CNBC. That’s a total return of roughly 1300%!

Although Starbucks has done extremely well over the years, past performance doesn’t guarantee future results. In addition, the company has been facing pressure from rivals such as Chinese coffee maker Luckin Coffee. However, despite competition, analysts are still sanguine about Starbucks’ future prospects.

The coffee behemoth has been making some impressive changes which include launching a trial of a reusable cup program, expanding its menu, creating improved in-store experiences, and benefiting from billions of dollars in free advertising due to a Game of Thrones error.

A few dollars a day may not seem like a big deal, but over time that cost adds up tremendously. Your monthly cable television service or high-speed Internet follows the same principles. Multiply an average of $5 for a morning cup of Starbucks coffee over 20 working days, and you quickly spend $100 every month on coffee. That is probably the cost of your cable television service as well. Oh, and what about that cell phone plan with unlimited data?