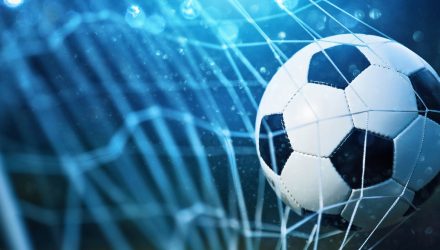 Nike has been an iconic athletic apparel company for half a century now, but has come into the political fore in recent years as a result of its controversial campaigns. The latest move for the company is an ad celebrating the US women’s national soccer team victory in the 2019 World Cup, where Nike supports the team’s fight for pay equity.

Just minutes after the US women’s national soccer team victory, Nike aired “Never Stop Winning,” a black-and-white spot that features photos of the team and its fans, accompanied by the sounds of cheering crowds and pounding drums, NBC Reports. A woman’s voice guides the masses in the mantra, “I believe.” The narrator says she believes the USWNT will be the premiere soccer team in the world and that “a whole generation of girls and boys will go out and play,” claiming they want to emulate team star Megan Rapinoe.
The key point of the ad focuses on the concept that the USWNT’s win is about more than just garnering a soccer trophy. It’s considered a significant step in the struggle to achieve pay equity and end gender discrimination in sports.
“Women will conquer more than just the soccer field by breaking every single glass ceiling,” the narrator says in the ad. One of the spot’s most striking images is of a young girl standing in a stadium, holding a sign that reads “Equal Rights.”
Nike has been in the news recently as just last week NFL star-turned-activist, Colin Kaepernick, admonished the company not to sell a shoe with a symbol that he and others consider offensive, according to people familiar with the matter. Nike responded by dropping its Betsy Ross American flag sneakers, a special shoe planned for release in coordination with the Fourth of July commemoration.
Last year, Nike featured Kaepernick as part of its 30th anniversary of its iconic “Just Do It” campaign. Since the ad was released, Nike has posted higher sales, boosted by strong demand in both the U.S. and China. In the fourth quarter, sales rose 4% to $10.18 billion. Its share price has climbed more than 15% so far this year.
Investors who are supportive of Nike can look at ETFs with heavy weightings of the stock such as the iShares U.S. Consumer Goods ETF (IYK) or the Invesco DWA Consumer Cyclicals Momentum ETF (PEZ).
For more investments strategies, visit ETFtrends.com.