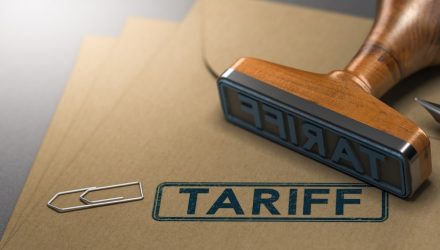 RBC: Mexico and China Tariffs Could Send Markets Down 10% Or More

In an escalated trade war with China and now Mexico, U.S. equities may fall 10% from their recent highs, Lori Calvasina of RBC Capital Markets, the firm’s head of U.S. equity strategy, said in a note to clients Monday.

U.S. markets and stock exchange traded funds retreated Friday and were testing their long-term trend lines after President Donald Trump sudden threat of broad tariffs on Mexican goods stoked concerns of an escalating trade war that could push the economy into a recession.
Trump said he will implement a 5% tariff on all Mexico made goods starting June 10, which would then incrementally rise to 25% until illegal immigration across the southern border is addressed, Reuters reports.
Jim Stewart, a New York Times columnist agrees that a two front war is an issue. “Let’s get a victory in hand before we over off on multi-front wars,” he stated on CNBC.

What if we go to 25% tariffs on Mexican goods by October? Stewart weighed in:

“Who are we helping here, who are we hurting? Because it’s not a tariff issue, we are not achieving any economic goals here. We are going to be hurting American consumers and American companies that rely on Mexican parts,” he added.

“I’ve done a lot of historical looks at trade wars, who wins them, who doesn’t.  I haven’t been able to find any examples of a tariff war over a non-economic issue, like immigration at the Mexican border. Tariffs got started because companies wanted to protect their fledgling domestic industries at early stages. Who are we trying to protect with tariffs against Mexico? Mexican products are so embedded in the U.S. supply chain, that the stocks that have gone down on this news are U.S. stocks, the U.S. auto companies. So we are using a tariff threat to try to get Mexico to do something on the border. We are not asking them to cut tariffs, we are not asking them to liberalize their economy… but that is a completely non-trade issue,” the New York Times Columnist explained.