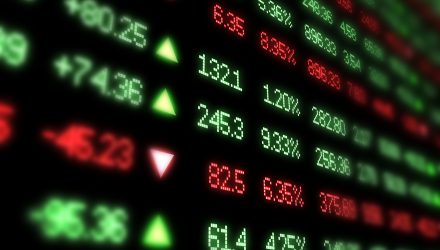 The Dow Jones Industrial Average gained over 200 points on Monday as U.S. President Donald Trump said he would delay any additional tariffs on Chinese goods while negotiations are still underway for a permanent trade deal.

Trump took to Twitter to punctuate progress in negotiations with the world’s second largest economy, but a definitive trade deadline has yet to be established.

I am pleased to report that the U.S. has made substantial progress in our trade talks with China on important structural issues including intellectual property protection, technology transfer, agriculture, services, currency, and many other issues. As a result of these very……

….productive talks, I will be delaying the U.S. increase in tariffs now scheduled for March 1. Assuming both sides make additional progress, we will be planning a Summit for President Xi and myself, at Mar-a-Lago, to conclude an agreement. A very good weekend for U.S. & China!

“The market seems to expect a grand ‘trade deal’ soon that marks a NAFTA2 -like quiet end to President Trump’s trade actions,” wrote Barry Bannister, head of institutional equity strategy at Stifel, in a note.

With negotiations with China underway , President Trump turned his attention to Europe last week with threats of car tariffs on the EU–notably Germany, Austria, the U.K. and Italy. Last month, the EU said it would impose $22.7 billion of tariffs on U.S. products if Trump  follows through on imposing duties on European automotive goods the same way he imposed tariffs on tax foreign steel and aluminum last year. The EU retaliated with levies on U.S. products like motorcycles, jeans and bourbon whiskey.

More bullishness could be looming for stocks as the S&P 500 crossed a key technical indicator this month, moving past its 200-day moving average–something not seen since December 3. The S&P 500 was down 6.2 percent to end 2018, but it has since recovered after U.S. equities were roiled by volatility to close the year.

“While sentiment is growing a bit more constructive from its December 2018 pessimistic levels, it’s nowhere near levels of complacency that marked the peak around this time last year,” said Mark Newton, managing member at Newton Advisors. “Heading into the final week of February, there still seems to be little with regards to price or momentum lately that would suggest this trend is stalling out.”