You are at:Home»Advisor Solutions Channel»JP Morgan Chase Unveil Its Own Digital Currency 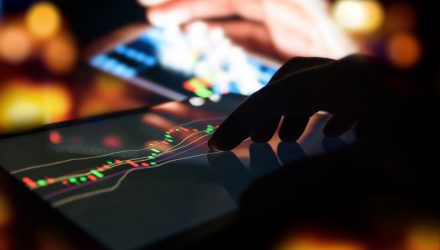 JPMorgan Chase & Co. (NYSE: JPM) CEO Jamie Dimon previously had some choice words about bitcoin, calling the largest cryptocurrency by market value a “fraud,” but that does not mean the largest U.S. bank is not keeping an open mind about digital assets.

In fact, New York-based JPMorgan is unveiling its own digital currency known as JPM Coin, which will be used to settle a small percentage of transactions across the bank’s massive wholesale payments platform.

“The lender moves more than $6 trillion around the world every day for corporations in its massive wholesale payments business,” reports CNBC. “In trials set to start in a few months, a tiny fraction of that will happen over something called ‘JPM Coin,’ the digital token created by engineers at the New York-based bank to instantly settle payments between clients.”

JPM Coin is one of the first practical applications of a digital currency in the traditional banking space.

Crypto: The Future Is Now

“J.P. Morgan is preparing for a future in which parts of the essential underpinning of global capitalism, from cross-border payments to corporate debt issuance, move to the blockchain,” reports CNBC. “That’s the database technology made famous by its first application, bitcoin. But in order for that future to happen, the bank needed a way to transfer money at the dizzying speed that those smart contracts closed, rather than relying on old technology like wire transfers.”