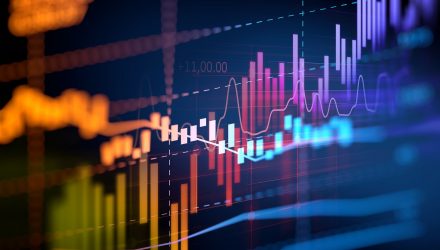 Dow Posts First 8-Day Winning Streak in Over a Year

The Dow Jones Industrial Average rallied yet again on Friday, posting its first eight-day winning streak in over a year, with improving sentiment around U.S.-China trade relations.

After closing on their highs Tuesday, stock index futures rallied further Wednesday evening after President Trump declared that he would be postponing the planned increase of tariffs on Chinese goods by a little over 2 weeks, as a “gesture of good will.” The tariffs, which are designed to increase to 30% from 25% on about $250 billion worth of Chinese goods, have been a topic of much debate recently. Treasury Secretary Steven Mnuchin said Thursday morning that the president “could do a deal any time” with China but won’t until “it’s a good deal.”

“The president delayed it because of a request from the vice premier,” Mnuchin added. He clarified that China’s Vice Premier Liu He made the request because Oct. 1 is the 70th anniversary of the establishment of the People’s Republic of China and said raising the tariffs on that day “caused them grave concern on the symbolism.”

Most analysts agree that the trade war and it’s vacillations are having a profound effect on the markets.

“If anybody had any doubt about what was moving markets, it’s the trade war,” said Brent Schutte, chief investment strategist for Northwestern Mutual Wealth Management.

On Thursday,  President Trump claimed it was anticipated that China would purchase “large amounts” of agricultural products. Trump also said he would consider an interim trade deal with China.

“This is quickly becoming the base-case assumption and thus it’s unclear whether stocks will react favorably to any future headlines simply confirming the likelihood of such a scenario,” said Adam Crisafulli, executive director at J.P. Morgan, in a note.