You are at:Home»Equity ETF Channel»Does Kanye West Have a Long-Term Future in Footwear? 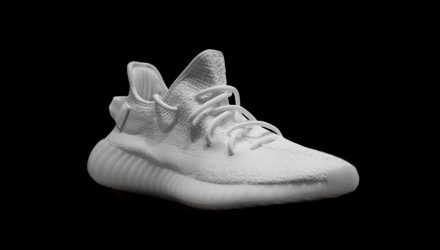 Does Kanye West Have a Long-Term Future in Footwear?

Rapper Kanye West, who is best known for his iconic album, The College Dropout, which was released in 2004, has another passion that he has struggled to build into an empire over the years: shoes.

While West has had trouble earning the respect of the fashion community, there is no doubt that his unique footwear style has struck a chord with fans.

“When I first got into sneakers back in middle school and high school, I just had this one pair of Adidas Superstars that I thought was the end all be all. Then I remember scrolling through my Facebook timeline in this beautiful read image of a pair of Kanye is red October Nike sneakers popped up on my feed, and that was the first time that I stopped to look at a sneaker just from a purely piece of art point of you. And I just thought to myself, wow, I need to find a way to get those,” said Doctor Soles, a shoe collector.

Over the course of five years, Kanye joined forces with Nike to release the Air Yeezy 1, 2, and Air Yeezy 2 Red October in limited quantities. The iconic shoes quickly sold out instantly and are now worth thousands of dollars when resold. Eventually West changed course and began working with Adidas. The success of his shoes made Kanye a household name in the fashion industry despite the fact that his designs were met with criticism by fashionistas.

Still, while many fashion icons criticized Kanye West for his lack of knowledge and experience in fashion, West did indeed have some training. Kanye interned at Fendi in 2009, where he was paid about $500 a month. In 2015 West even claimed he went $16 million into debt trying to get a clothing line off the ground.

Fashion and shoes has been something that Kanye has been passionate about since he was in grade school.

“When I was in fourth grade I was drawing Jordan’s when my mama couldn’t afford them. I was drawing those Jordan’s, getting kicked out of class for for drawing them,” West explained.

That passion paid off as now some re-sellers are making a tidy profit on Kanye’s designs.

While many of these so-called “hype beasts“ found West’s designs to be alluring, west was not satisfied with just being a trend, and left Nike for Adidas to try and become a household name.

“They offered to allow me to make an entire line and to give me an office and all these things I want to do just to create more,” West told radio host Ryan Seacrest.

However, the more shoes that West chose to release, the less special they became. Instead of demand for Yeezy’s being built on rarity, Kanye wants anyone who wants a pair of the shoes to be able to purchase them.

While the Yeezy has had an important impact on fashion and has been a winner for Adidas, the company said there is still a long way to go before it will become a household name. Some believe that the fact that it is scarce is what makes the Yeezy so popular, and that if it becomes more readily available, it will never become a mainstream brand the way the Adidas Superstar has for example.

By appealing more to the masses the Yeezy brand has in some ways alienated its initial fan base, as hype beasts are focused on having what someone else does not have, the exclusive.

Therefore to keep Yeezy’s popular experts say it is important to maintain supply behind demand, and not have the brand try to grow too quickly, much the way that Jordan’s were developed until recently.