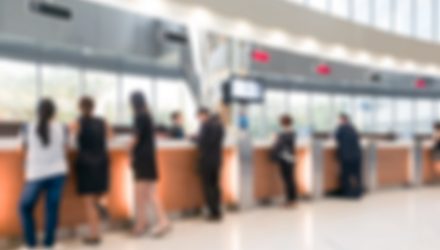 After nearly 150 years of service, Deutsche Bank has undergone a dramatic retrenchment that signifies the latest chapter in a precipitous fall for a bank that was on top until the banking crisis struck in 2008.

In its latest attempt at a recovery, the German lender insists that its elimination of 18,000 jobs and dramatically shrinking of its investment bank will head the company on the path to consistent profits.

“We are doing nothing short of reinventing Deutsche Bank,” CEO Christian Sewing said to participants on a conference call on Monday.

In addition to key executives departing such as Garth Ritchie, the former equities head who has headed the corporate and investment bank for the last two years, Sylvie Matherat, chief regulatory officer, and Frank Strauss, who was responsible for the private and commercial bank, businesses are being closed. Deutsche is shutting the entire equity sales and trading division down, and Sewing confirmed rumors that various parts of the operation will end up in the hands of BNP Paribas. The capital allocated to divisions of fixed income will be cut, especially in the rates business.

“The extent of the restructuring indicates an acceptance and willingness for change,” Thomas Hallett, an analyst at Keefe, Bruyette & Woods, said in a note Monday. “The key challenge is execution.”

Naturally investors and analysts are still incredulous that the bank can achieve its new revenue targets with such an expensive restructuring process occurring. Reflecting the leery sentiment and lack of investor morale, Deutsche shares plummeted more than 5% Friday.

Still, the CEO is sanguine: “[Corporate banking] is the business we were founded for. We will make it stronger than ever before,” Sewing said.

Shareholders will need to endure some ongoing pain, however, as in their protracted wait for that 8% ROTE, they will suffer a dearth of dividends for the next two years.

Sewing explained that the investment bank will become smaller but become more competitive. It will persist in competing in all areas of debt capital markets, and he feels that it will still be able to support clients’ equity capital market demands even without a secondary franchise. “Our view is that secondary flow in this business is increasingly less linked to primary activities,” he said.

Investors who would like to target ETFs as a way of participating in the Deutsche Bank rebirth might explore the AdvisorShares STAR Global Buy-Write ETF (VEGA) or the iShares MSCI Germany ETF (EWG).