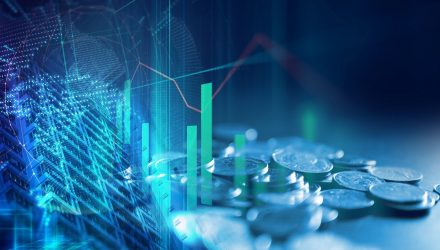 Share repurchase programs are under scrutiny by politicians from both parties, but that is not standing in the way of upside for exchange traded funds (ETFs) focusing on buybacks, including the Invesco Buyback Achievers ETF (NASDAQ: PKW).

PKW tracks the NASDAQ US BuyBack Achievers Index and includes a broader selection of U.S. companies that have effected a net reduction in shares outstanding by 5% or more in the trailing 12 months.

Still, companies are buying back their shares at prodigious paces and PKW is up nearly 22% year-to-date.

For now, it appears politicians are happy to critique buybacks without specific policy proposals in place to suggest alternatives to this deployment of cash.

“The current political debate around share repurchases increases uncertainty around our buyback forecast,” David Kostin, the chief US equity strategist at Goldman Sachs, said in a note to clients out Friday, reports Business Insider. “Given the lack of specific policy proposals, it is difficult to quantify how potential legislation might affect spending on buybacks.”

PKW allocates almost 28% of its weight to the technology sector and 18.55% to consumer cyclical stocks. The financial services and industrial sectors combine for over 31% of the fund’s weight.

“Right now, tech makes up the lion’s share of the ETF’s 173 stocks, commanding 28% of the fund. Consumer discretionary stocks and financials round out the top three at 18.5% and 18%, respectively. The biggest holdings? Citigroup, Apple, Cisco, Oracle, and Union Pacific,” according to Business Insider.

For more information on the buybacks strategy, visit our buybacks category.