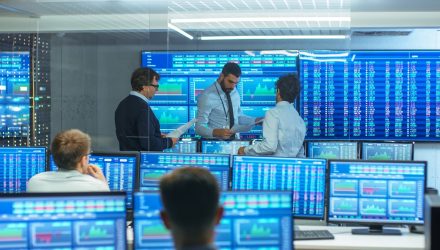 Are Markets Due For A Bigger Correction?

After an exuberant last month, where the S&P 500 rallied back fiercely from a horrendous May performance, the market has reached lofty heights that most analysts couldn’t have fathomed. In light of the nearly 1% pullback of the last two days, some market experts are beginning to question whether the run is over.

“A lot of the gains for the year have already been booked,” Arthur Hogan, chief market strategist at National Securities Corp, told Bloomberg. “We’re up 19% in the first half of this year in the S&P 500, it’s a great start. I don’t think anybody supposes we’re going to annualize that number.”

Much of the rally has been due to investor’s belief that the Fed will come to the rescue if there is trouble. But one problem with that theory is that when the Fed starts cutting rates, it is usually a harbinger of economic problems that are soon to surface, rather than an indicator of market fortitude.

“When the Fed starts cutting rates here, it’s, number one, an acknowledgement that they already went too far to begin with, which is good. And number two, a sign that the economy is starting to weaken and they’re trying to offset the impact of a weaker economy,” said David Spika, president of GuideStone Capital Management. “And neither one of those are positive for stocks.”

Steve Grasso agreed. “I think [the next leg of the rally]has been all about the Fed. Tariffs were maybe 20% of the story. I think for me it’s about the Fed,” he said in an article from CNBC. “The Fed is still in the back pocket of the market. They have that. And the tariff story can only get better from here. So yes it’s about the Fed. It’s about higher markets from here going forward…We’ve factored in the negativity on the tariff headlines. We’ve already seen those at worst.”

Concentrating on economic data doesn’t do much to instill confidence either, despite the strong jobs report. Much of it has been weakening. A gauge of U.S. factory activity is also at its lowest level since October 2016, for instance, and many other data points are already headed lower.

“An accommodative Fed might cushion the blow but likely won’t prevent it,” wrote the firm’s strategists, led by Mike Wilson, in a note. Wilson and his cohort recently predicted the S&P is likely to fall into a 10% correction in the third quarter on the back of the weak data.

“Investors are slowly but surely becoming a little bit numb to ‘We’re almost there’ because we’ve been told ‘We’re 90% of the way,’ and it never really comes to fruition,” said Shawn Cruz, manager of trader strategy at TD Ameritrade. “Eventually you’ll find it harder and harder to make new highs.”

While investors interested in staying active in the overall market could look at ETFs like the iShares Edge MSCI Min Vol USA ETF (USMV) or the WisdomTree U.S. MidCap Dividend Fund (DON), others might move to cash, according to experts.

“This has been so good,” Samantha Azzarello, global market strategist for JPMorgan ETFs, said in an interview at Bloomberg’s New York headquarters. But “the risks are to the downside and it makes sense to take some profit, rebalance and hold more cash.”