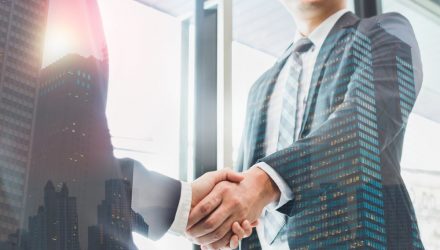 With improved balance sheets, solid free cash flow trends, and a more supportive energy backdrop, the midstream space has seen a notable uptick in M&A activity after a pandemic-driven slump in dealmaking. Transactions have ranged from small bolt-on deals up to multi-billion-dollar acquisitions of private companies. Covering each deal would not be feasible, but this note looks at some of the more notable transactions and the themes that have emerged.

The energy infrastructure space was arguably ripe for M&A after the pandemic slowed dealmaking. For companies that have been looking to prune their portfolio and private equity investors that have been looking to exit, valuations in 2022 were probably at more attractive levels (finally). On the other hand, asset buyers likely were more comfortable pursuing deals given balance sheet improvements in recent years and excess cash flow generation. Additionally, acquisitions can be a great way to enhance an asset base without the complications of a newbuild, which could be exacerbated by today’s high inflation, supply chain issues, and labor constraints.

The combination created opportunities for sellers to monetize assets and for buyers to expand footprints or increase their interest in certain assets. Some of the more notable deals from 2022 include Targa Resources’ (TRGP) $3.6 billion acquisition of Lucid Energy Group, Enterprise Products Partners’ (EPD) $3.25 billion acquisition of Navitas Midstream, and KKR/Pembina Pipeline Corporation’s (PPL CN) $1.3 billion USD acquisition of Energy Transfer Canada. Outside of the larger transactions, there were also smaller deals that allowed companies to grow their core businesses. Though not detailed in this note, the consolidation of MLPs by their parent companies also continued in 2022, and some energy infrastructure corporations also made notable acquisitions in the renewables arena as well.

There were many examples of companies increasing their interests in assets where they already had a significant stake. These can be attractive deals since the asset is already well understood and may be integrated with other company infrastructure. For example, DT Midstream (DTM) doubled its stake in the Millennium Pipeline, an interstate natural gas pipeline and compression network serving the New York State and New England areas, to 52.5% for $552 million. Keyera Corp (KEY CN) bought an additional 21% stake in the Keyera Fort Saskatchewan complex joint venture, the NGL processing and storage complex in Alberta, for $270 million  from Plains All American (PAA). Enbridge (ENB CN) and PAA inked a deal to acquire Western Midstream’s (WES) 15% stake in the Cactus II Pipeline, an oil pipeline that connects the Delaware basin to Corpus Christi, for $265 million. Through a joint venture merger, ENB also increased its interest in the Gray Oak Pipeline, which transports oil from the Permian to the Gulf Coast, from 22.8% to 58.5%. Targa Resources (TRGP) recently announced it would acquire the remaining 25% interest in the Grand Prix Pipeline, which connects TRGP’s gathering and processing (G&P) positions in the Permian basin, Texas, and Oklahoma to its fractionation and storage complex at Mont Belvieu, from Blackstone Energy Partners for $1.05 billion.

Select companies were particularly active on the M&A front.

A handful of companies announced multiple transactions over the course of the year, in addition to PAA and ENB discussed above. Williams Companies (WMB) made three notable acquisitions last year with a combined value just below $3 billion. In 1Q22, the company announced it was acquiring Trace Midstream’s G&P assets in the Haynesville for $950 million, and it acquired NorTex Midstream, a Texas-based natural gas and storage business, from private equity firm Tailwater Capital for $423 million in 3Q22. In its last—and largest—deal of 2022, WMB announced it was acquiring MountainWest Pipelines, a natural gas pipeline system spanning across Utah, Wyoming, and Colorado for $1.5 billion.

Crestwood Equity Partners (CEQP) was active in 2022 with both acquisitions and divestitures. CEQP expanded its footprint in the Delaware Basin by acquiring Sendero Midstream Partners for $600 million and buying out First Reserve’s 50% interest in the Crestwood Permian Basin Holdings joint venture for $320 million in units. Concurrent with the acquisitions, CEQP announced the sale of its G&P assets in the Barnett to EnLink Midstream (ENLC) for $275 million. In September, CEQP announced the divestiture of  its G&P assets in the Marcellus to Antero Midstream for $205 million.

Some factors that contributed to increased M&A activity in 2022 should continue into 2023, namely strong balance sheets and excess cash flow generation. However, companies will likely continue to be selective in acquisitions, and management teams will have to weigh acquisitions against other opportunities, including investing in organic growth. Companies that had been wanting to streamline their asset base may have largely accomplished those goals with transactions announced in 2022. Whether looking to buy or sell, midstream companies are benefiting from an accommodative backdrop and the increased optionality that comes with it.

A Strong Permian Outlook is Favorable for Midstream