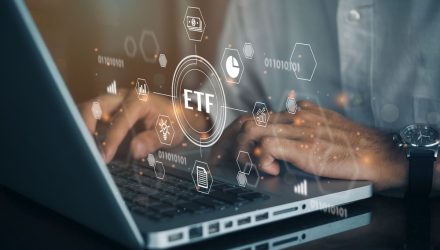 Investors looking to add exposure to MLPs must understand the differences between RIC-compliant ETFs and C-Corp MLP ETFs.

Open- and closed-end funds may own up to 25% MLPs to maintain their pass-through status as RICs — but holding more than 25% MLPs will result in the fund being taxed as a corporation, according to Stacey Morris, CFA, director of research at Alerian.

MLPs offer the potential for tax-deferred income and tend to provide higher yields than their counterparts that are organized as corporations. According to Morris, investors wanting to maximize tax-advantaged income will likely favor C-Corp MLP ETFs, which provide higher, tax-advantaged yield by nature of their greater exposure to MLPs.

Comparing the 10-year average yield for AMZI and AMEI, AMZI’s yield was 211 basis points higher, according to Morris.

MLP consolidations by parents, take-private deals, and other M&A activities have reduced the number of investable MLPs. According to Morris, for investors who want broad exposure to energy infrastructure companies, an RIC-compliant product with MLPs and corporations will likely be preferred.

RIC-Compliant MLP ETFs May Be Poised for Better Total Return

Investors primarily looking for total return would likely be most interested in a RIC-compliant ETF, Morris says.

“The potential for total return is arguably better for RIC-compliant MLP ETFs, because there is no tax drag in periods of strong performance like there would be for C-Corp MLP ETFs,” Morris writes. “That said, positive developments in the MLP space in recent years, including significant free cash flow generation and the proliferation of buyback programs, has improved the potential for total return from MLP-focused funds.”