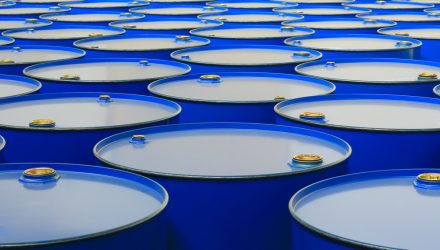 Climate change and energy transition are front and center as the GPA Midstream Association celebrates its 100th anniversary in San Antonio this week. Established in 1921, the GPA Midstream Association has over 60 member companies in the U.S. and has played a large part in shaping the midstream sector through promotion of safety practices, test methods, and cooperative research, and by providing an industry voice in American politics.

“We must be doing something right to be around for 100 years,” Joel Moxley, GPA Midstream’s president and CEO said in an interview with Business & Industry Connection Magazine. “We have had a lot of wins to celebrate over this long period of time. However, we can’t rest on the wins of the past; we have to constantly be asking what we can do to help our members and our industry today.”

As the global economy begins to pivot toward renewable energy, midstream companies are well positioned to both adapt to the demands of the future and take advantage of the current surprise oil boom. “As the U.S. works to transition its energy mix of today in ways we don’t yet know, I feel certain that midstream companies will be there to play their part as well,” Moxley said. “We have creative, dedicated people who will do their parts in making this industry successful.”

Even as Energy Companies Begin to Pivot Green, Oil Continues to Flow

Plenty of clean energy sources, such as hydrogen, can take advantage of infrastructure already in place. New technologies such as CCUSS, a carbon capture technology, are going to be instrumental in the industry working towards net zero carbon emissions.

Despite the political tailwinds away from oil and some interesting early pandemic moments in the oil industry, oil has roared back into relevance as uncertainty surrounds the global clean energy pivot. Energy demand continues to increase, and green technology is not yet capable of fully powering the grid.

Demand for oil has soared of late. Italy’s Eni, a company noted for its ambitious commitment to emissions reduction, announced new oil discoveries and is continuing to expand its operations.

The energy transition is bound to be a bit of a wild ride, but the midstream space is going to be a significant player no matter how it things unfold upstream or downstream. Investors seeking the exposure to income-generating energy assets can find it in the Alerian Energy Infrastructure ETF (ENFR), the VanEck Vectors Energy Income ETF (EINC), or the Global X MLP ETF (NYSEArca: MLPA).