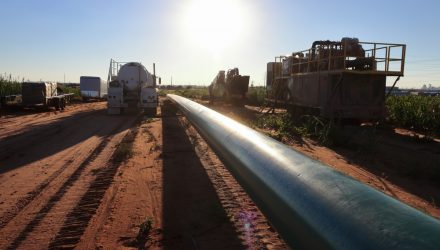 Midstream ETFs Can Win Today and Over Long Haul

The energy sector is keeping a torrid pace this year, and income-generating midstream assets are participating in that upside.

For example, the ALPS Alerian MLP ETF (NYSEArca: AMLP) is higher by 26.54% year-to-date. That’s an impressive showing, and it comes with the benefits of a 7.76% dividend, which is jaw-dropping by today’s standards.

Owing to the energy sector’s slide last year, some market participants are logically wondering how long the bull party will last. Over the near-term, assets such as AMLP are getting some support for soaring natural gas prices. This means that demand is rising, meaning that demand for the transportation and storage services offered by AMLP is increasing, too.

“Natural gas prices have steadily increased since April driven by strong domestic consumption through one of the hottest summers on record and growing liquefied natural gas (LNG) exports as demand improves overseas,” says Alerian analyst Mauricio Samaniego. “Meanwhile, on the supply side, US production has been largely stable as exploration and production companies remain committed to capital discipline.” 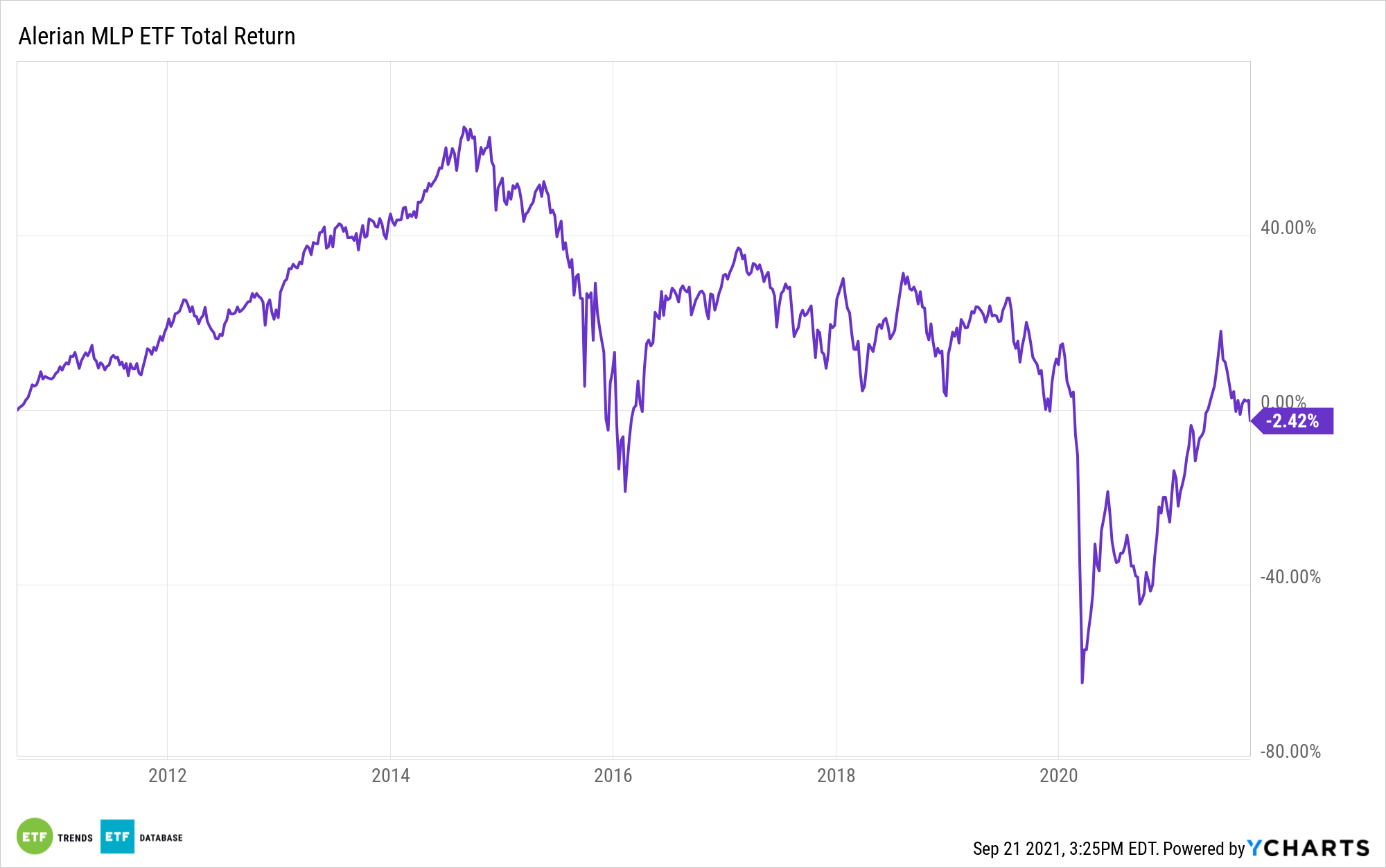 Owing to its status as an income-generating exchange traded fund, AMLP may be appealing to longer-term investors. However, that thesis has been tested during prior oil bear markets as energy volatility spiked.

This time around, things are looking different for midstream energy firms. Midstream operators, including plenty of AMLP components, are reining in spending and resisting expenditures on new pipelines (which probably aren’t needed) and large-scale mergers and acquisitions.

Additionally, some AMLP member firms have newfound devotion to bolstering balance sheets, generating free cash flow, buying back shares and, at the very least, steadying their dividends. Those are all favorable factors for long-term investors, as is the increasingly compelling natural gas volume and export story.

“As volume-driven businesses, the expected recovery in natural gas production bodes well for midstream,” adds Samaniego. “Midstream companies are key players in the natural gas value chain through their involvement in gathering and processing, as well as transporting natural gas and natural gas liquids (NGLs). For context, raw natural gas must be gathered by pipeline and moved to a processing facility, where impurities are removed and NGLs separated. NGLs are further processed at fractionation facilities.”