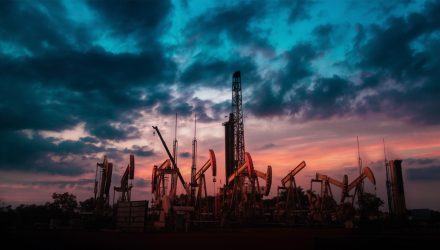 Oil sector-related exchange traded funds regained their energy after the U.S. stated that it has no plans to release the country’s oil reserves to dampen rising gas prices.

Crude oil markets initially weakened after a Financial Times report on Wednesday that Energy Secretary Jennifer Granholm raised the prospect of releasing the Strategic Petroleum Reserve to combat rising gasoline prices, but oil prices rebounded following the U.S. Energy Department’s statement of no plans “at this time” to release its reserves, Bloomberg reports.

Granholm was initially referring to congressionally mandated releases when she told Financial Times that “all tools are on the table” after being inquired about the Biden administration’s plans to manage the jump in gasoline prices, according to a statement by the Energy Department.

“DOE continues to monitor global energy market supply and will work with our agency partners to determine if and when actions are needed,” the agency said. “All tools in the tool box are always under consideration to protect the American people, but there is no plan to take action at this time.”

Even if the U.S. taps into its reserves, the new supply would only be a short-term fix and could discourage more U.S. oil and gas production, Fox Business reports. The energy sector already suffers from a structural shortage and requires additional investments and production from U.S. producers. Releasing U.S. reserves would only serve to artificially lower prices and encourage more demand, which would weigh on supply toward the mid- and long-term.