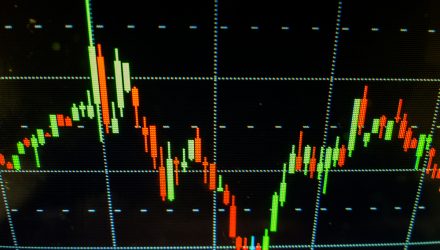 Energy-related exchange traded funds climbed on Friday after the the rising tensions between Russian and Ukraine and the International Energy Agency warning that the oil markets were tight.

Crude oil prices spiked in afternoon trading that appeared to be tied to increased geopolitical risk-related pressure with the build-up of Russian troops along the Ukrainian border.

Oil markets were also strengthening after the IEA warned of tightening supply outlook but said that Saudi Arabia and the United Arab Emirates could help to ease volatile oil prices if they pumped more crude, Reuters reports. The Organization of Petroleum Exporting Countries, and its allies, including Russia, (OPEC+) produced 900,000 barrels per day below target in January.

Many anticipate that OPEC+ will raise production, especially after the cartel projected that world oil demand might rise even more steeply in 2022 amid a strong economic recovery.

However, prospects of an aggressive Federal Reserve monetary policy outlook in the face of surging inflation could cap gains.