You are at:Home»Featured»Energy ETFs Retreat as Russia De-Escalates 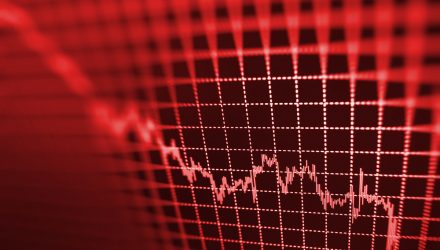 Energy markets and related exchange traded funds slipped on Tuesday, with crude oil prices falling off from seven-year highs as Russia began to send some troops back to base.

Energy markets retraced some of their risk premium on what appeared to be de-escalating tensions between Russia and Ukraine after Moscow stated that it would begin returning some of its military units to their bases, Reuters reports.

“The situation is very fluid, but today is definitely a calmer day,” Robert Yawger, executive director of energy futures at Mizuho, told Reuters. “It’s going to be a minute-to-minute, day-to-day type of thing.”

Nevertheless, the latest Russia-Ukraine development drew a cautious response from observers after days of U.S. and British intelligence warnings that Moscow was ready to invade at any moment.

With tensions de-escalating, oil markets are no longer on the edge of a potential disruption of Russian crude supplies. Crude oil prices had surged to multi-year highs earlier this week on heightened rhetoric of an imminent war, which would be followed by Western sanctions and potential oil disruptions.

“Governments had hoped that these days were over,” said L. Goldwyn, who was a leading State Department energy diplomat during the Obama administration, to the New York Times. “No one was gaming for a cutoff of Russian oil and gas to the global market.”