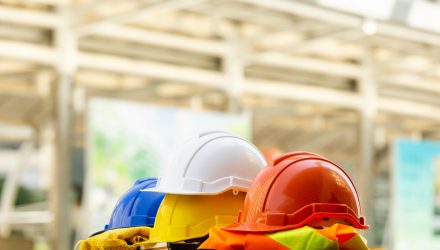 As has been widely documented, Russia’s instigated war against Ukraine is a drag on traditional emerging markets benchmarks this year.

Until recently, China hadn’t been doing investors any favors, either. That doesn’t mean there aren’t pockets of opportunity in developing economies, however. Some exchange traded funds offer investors favorable geographic exposures that are necessary in today’s trying environment more than others.

That group includes the Next Frontier Internet & Ecommerce ETF (FMQQ). A couple of obvious sources of allure with FMQQ are that the fund has no exposure to Chinese stocks and that it recently reduced its Russia exposure to a negligible percentage.

In other words, what FMQQ excludes is helpful, but the fund’s geographic exposures are obviously crucial to investors. Fortunately, the fund has some exposure to Southeast Asia — a region that Goldman Sachs and JPMorgan are bullish on. Goldman is bullish on Singapore, among other markets in the region.

The bank points to the city-state’s “improving economic and growth momentum from a region recovering belatedly from Covid-related setbacks,” reports Eustance Huang for CNBC. “A banking sector that is heavily weighted in stock indexes and set to benefit from a switch to tighter monetary policy and rising interest rates.”

Specific to the FMQQ investment thesis, Indonesia and Singapore are homes to an increasing number of digital economy companies that could eventually find their way into the major equity indexes associated with those nations.

As things stand today, FMQQ allocates 9.5% of its weight to Singapore and 0.2% to Indonesia. Indonesia is Southeast Asia’s largest economy, but it’s commodities-intensive. As more internet companies emerge there, tapping into one of largest populations in the region, equity offerings there could modernize and become more diversified, potentially luring a broader swath of global investors and perhaps leading to more components that could be credible additions to FMQQ.

Another benefit to considering Southeast Asia exposure is the expectation that most central banks in the region — Singapore being the exception — are unlikely to consider near-term rate hikes.

“That’s in part due to an inflation situation regionally that is relatively less severe compared with developed economies in the West,” according to CNBC.