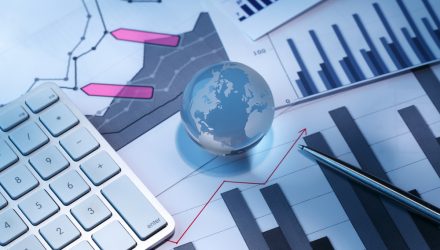 When many investors in the U.S. think of e-commerce and online retail in emerging markets, they usually think of China. That makes sense, as China is the second-largest economy in the world and home to the world’s biggest population of internet users.

However, investors shouldn’t overlook e-commerce/online retail-related opportunities in other developing economies. While stock picking to that effect is difficult, the Next Frontier Internet & Ecommerce ETF (FMQQ) eases that burden.

Some of those countries are home to fast-growing online retail markets. For example, online retail in India, Asia’s third-largest economy, jumped to nearly $61.5 billion last year, but the growth is far from over. Analysts expect that figure to swell north of $75 billion in 2022, and big name Western retailers, such as Amazon (NASDAQ:AMZN) and Walmart (NYSE:WMT), are taking note.

“The so-called phygital world is also developing fast in India, with Amazon collaborating with existing physical retail networks to provide services such as in-store pick-ups. In March, it began working with 50,000 kiranas, small, family-run shops that cater to local customers. Many of these managed to keep going when supply-chains disruptions caused by Covid lockdown restrictions caused ecommerce operators to hit the buffers,” reports Raconteur.

Brazil, Latin America’s largest economy, is another market with immense long-term online retail potential in addition to being a hotbed of fintech evolution in the region.

“And, despite its turbulent political situation, Brazil is also attracting the attention of retailers in the developed world. Fitch Solutions believes that household spending in the country will grow by 4% in real terms next year. An online/physical hybrid form of cash-and-carry food retailing that’s been popular in Brazil for some time is now being exported to Europe and Africa,” according to Raconteur.

Brazil and India are FMQQ’s second- and third-largest geographic exposures, respectively, combining for 26% of the ETF’s roster. South Korea is the largest country allocation in the fund at 27%.