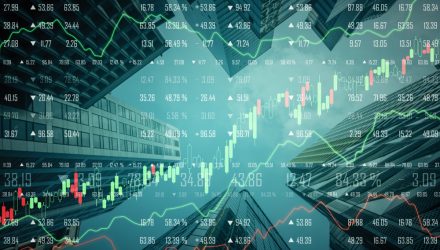 Investors who held Chinese stocks or the related exchange traded funds in 2021 are likely happy that 2022 is here because things could not have been much worse for those assets last year.

That’s the bad news. The good news is that’s in the past. The better news is that if historical precedent holds true to form, Chinese stocks could rebound this year, and that would be a big assist for a variety of ETFs, including the Emerging Markets Internet Ecommerce ETF (EMQQ).

A recent article by Bloomberg’s Ye Xie highlights the boom-bust history of Chinese stocks. In simple terms, recent history suggests that following a year in which the MSCI China Index ranks at or near the bottom of a list of various global assets, the benchmark usually rebounds in dramatic fashion the following year.

“In recent years, MSCI China has been either one of the best or worst performers in global assets, as shown in this table below compiled by Morgan Stanley. When it sat at the bottom, it tended to come back with a roar the following year, and vice versa. For instance, the MSCI China Index’s 19% loss in 2018 was followed by 24% gain in 2019. And going long 2020’s loser (REITs) and short its winner (MSCI China) would have been a terrific trade last year,” reports Xie.

China is highly relevant to the case for EMQQ because the country accounted for almost 62% of the ETF’s geographic exposure as of the end of the second quarter. Translation: Any noteworthy rebound by Chinese stocks, particularly if the rally is led by growth names, will likely prove material for EMQQ investors. Still, some restraint is needed.

“Morgan Stanley’s analysts think it’s too early to call the bottom on Chinese stocks because the downward revision to earnings estimates is not finished yet. And the ranking is not adjusted for the assets’ volatility. So it’s not surprising that high-beta assets such as Chinese stocks tend to be either the best or worst,” according to Bloomberg.

Fortunately, EMQQ isn’t solely dependent on China, and its recent rebalance proves as much. New EMQQ member firms aren’t densely concentrated in China. Additionally, some countries represented in the ETF — India being a prime example — are expected to post above-average GDP growth this year. An earnest China rally could be the icing on the cake for EMQQ in 2022.