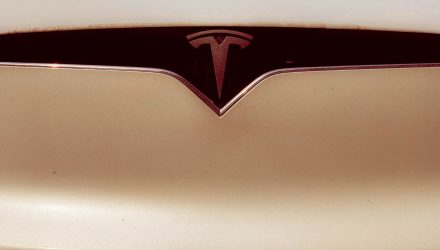 Elon Musk has a lot going on and investors have been on edge as to whether or not he can fulfill the promises he’s made.

Short seller Jim Chanos said on CNBC that Elon Musk has made “material misstatements and may be misleading investors” regarding milestones for Tesla on Thursday morning.

According to The Street, “While stopping short of suggesting fraud, Kynikos Associates LP founder Chanos suggested that Telsa is not likely to meet production deadlines that Musk set for its electric Semi truck and Roadster sports car. Musk has previously said the Roadster would be available in 2020 and that its Semi will be be entering production in 2019.”

Let’s take a look at how the top 8 ETFs with Tesla exposure are performing today as of 12:30 Eastern time via Yahoo Finance data.

So what is happening with Tesla?

Elon Musk has had a lot on in his plate since 2002. He founded SpaceX in 2002 and Tesla was founded by friends of Musk in 2003, just one year after. In 2006, Musk invested $10 million in SolarCity and in 2013, Musk unveiled a design for a new kind of transportation system called Hyperloop.

At the end of 2015, he co-founded a research group called OpenAI to research and promote artificial intelligence projects that benefit humanity. He pledged $1 billion to the project. But in 2018, stepped down.