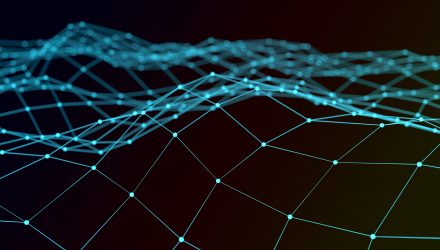 The Growing Influence of Artificial Intelligence

Technology companies are known for innovation, and it doesn’t take long for a revolutionary new technology to take hold and become a part of people’s daily lives. In my view, investors shouldn’t be threatened by technology. Rather, they should be skeptical of companies not utilizing technology to its fullest potential.

One common theme we find when considering the largest companies within the Nasdaq-100 Index is the early embrace of artificial intelligence (AI). Even the chief executive officer of Alphabet (the parent company of Google) acknowledged the importance of artificial intelligence in the company’s first quarter 2016 earnings call.1 While not all companies within the Nasdaq-100 Index have incorporated AI within their respective businesses, those that have are beginning to realize its importance.

What is AI? And why do we have it?

What is artificial intelligence and how are companies implementing it? At its core, AI is the science of computers completing tasks that would require intelligence when performed by humans. Applying this definition, AI is synonymous with machine learning and predictive analytics. Although media excitement may have you believe that computers will take over the world in the not-so-distant future, the reality is that replacing human cognitive intellect has resulted in only modest gains in the five decades since AI was first introduced. Nonetheless, AI can be useful as an overlay that works to extend the intelligence of humans.

Much of the recent success companies have had in implementing AI is a result of large data sets — so-called “big data.” AI has helped transform massive amounts of data into actionable items. Whether it’s consumer purchasing history or driving logs from smart cars, data are used to “teach” computers to do tasks that, in the past, could only be performed using intrinsic intelligence.

Generally speaking, there are two types of AI, or machine learning:

The case of the autonomous cars: Overcoming the artificial intelligence fear factor

We are all aware of the amazing evolution of autonomous cars. Humans have been dreaming about self-driving cars for as long as automobiles have been in existence. The first experiments in autonomous cars began in the 1920s, and real trials took place as early as the 1950s. But without the power of big data, nothing succeeded. By the 1980s, the power of computers finally began to turn the dream into reality. Although they have certainly not been without issues, autonomous cars are legal in a growing number of states, and it may not be long before they are commonplace on every road.

How did we get here? The machine — in this case, the car — “learns” through a process called machine generalizes data in such a way that it can make intelligent driving decisions when it encounters new situations on the road. The process is surprisingly simple: