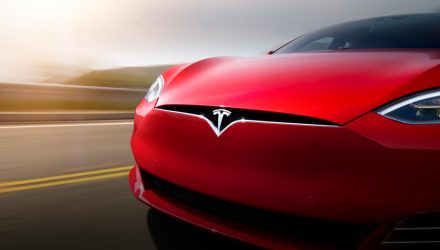 Tesla Mass Market Effort Could Be Cool for CLNR

There are some well-known facts about electric vehicles. Among them are that those vehicles aren’t yet at price parity with internal combustion engine rivals, but that is expected to happen at some point, potentially over the next couple of years.

Another fact is that Tesla (NASDAQ:TSLA) is a luxury carmaker with the price points to reflect as much. Elon Musk’s company introducing a more cost-friendly electric vehicle could alter the industry and benefit Tesla shares as well as exchange traded funds such as the IQ Cleaner Transport ETF (CLNR).

CLNR, which tracks the IQ Cleaner Transport Index, isn’t a dedicated electric vehicle ETF, but it offers investors exposures to shares of several marquee companies in the industry, including Tesla. There are signs Tesla is inching toward lower production costs and, potentially, a more cost-effective vehicle.

“While investors focused on inflation, Tesla (ticker: TSLA) was talking at a Goldman Sachs investor conference. Tesla head of investor relations Martin Viecha said a few things of note,” reports Al Root for Barron’s. “For starters, he expects costs to trend lower over time. New factories producing at higher rates will help lower costs. So will a reduction in supply-chain problems, which have plagued the entire auto industry for years. Viecha added constraints in semiconductors and battery cells are easing.”

Tesla’s cost ambitions are relevant to CLNR investors because the ETF allocates 3.7% of its weight to the electric vehicle juggernaut, making it the largest holding in the fund.

What’s important about Tesla, or any other manufacturer for that matter, developing a cost-effective electric vehicle that’s still appealing to consumers is that if that objective is met, the total addressable market for EVs would rapidly expand.

“A lower-priced EV represents a big expansion of Tesla’s addressable market. Tesla’s average price for a vehicle in the second quarter came in at roughly $57,000, up about 13% from the same time last year,” according to Barron’s. “That puts Tesla vehicles into the luxury category. The average car in the U.S. sells for roughly $45,000, but the bulk of new cars end up costing between $30,000 and $40,000.”

Additionally, if Tesla is successful in developing a cost-friendly, appealing EV, that’d likely prompt rivals, including some CLNR components, to pursue a similar approach. Over the long haul, that could benefit the ETF.