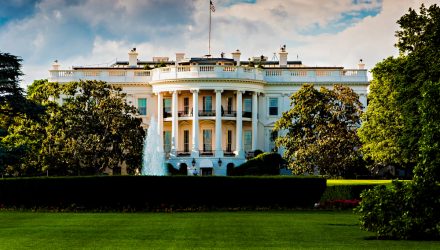 The end of last month saw the Biden administration outlining the first national strategy in the U.S. for gender equity that takes aim at the obstacles that are preventing women from advancing at the same rate as their male peers, reported Forbes.

President Biden had previously created the first ever White House Gender Policy Council via executive order on International Women’s Day, and he committed to the creation of this historic national strategy. The strategy is one that should be woven into domestic and foreign policy and reflects the administration’s commitment to gender equality and equity in the 42-page report.

The report contains several initiatives, with one of the main ones oriented around gender-based violence. “The United States will create the first-ever U.S. National Action Plan to End Gender-Based Violence, establishing a comprehensive plan to prevent and address the root causes of these problems, as well as increase options and opportunities for survivors to seek safety, support, healing, and justice,” the proposal says. It aims to make laws supporting survivors stronger and creates initiatives and programs intended to help prevent violence.

Another tenet of the national strategy aims to increase the educational opportunities for women in general and also specifically within STEM fields. These fields continue to remain predominantly male, and the strategy seeks to “pursue interventions that shift the culture of STEM to reduce bias, harassment and discrimination,” per the report. It also acknowledges that women carry two-thirds of the student loan debt nationally, and will also work to provide skills for jobs that won’t come at the cost of debt.

The national strategy will work to spearhead efforts that encourage businesses to be transparent about the gender ratios of their management and board positions, and it will bolster discrimination laws and create new policies that would prohibit the practice of prior salary disclosure, which often works to enforce continued discrimination.

The initiatives are all inclusive of transgender women and girls, as well as nonbinary individuals, and intends to work to uplift communities that have been traditionally underserved as well as create gender parity.

Investing in Gender Equity Within Companies

The IQ Engender Equality ETF (EQUL) seeks to invest in those companies that are leaders within their industries in gender equality practices. The fund was created by IndexIQ, a New York Life Investments company in alignment with Girls Who Code, in support of their mission to increase the number of women and girls in computer sciences.

It tracks the Solactive Equileap U.S. Gender Equality Index, which gives exposure to U.S. companies of all market caps and pulls from the 1000 biggest companies on U.S. markets that also have the highest Equileap scores, a methodology that was developed by Equileap and aligns with the initiatives, research, and programs of Girls Who Code.

The Equileap score is broken down into a 40% weighting based on gender balance within the workforce and leadership, a 30% weight for equal compensation and work/life balance, a 20% weight for company policies that encourage gender equality, and a 10% weight for the company’s scores on its transparency, commitment, and accountability.

The underlying index excludes companies that derive more than 5% of revenue exposure from coal mining and power generation, hydraulic fracturing, oil and sands, and deep water drilling; companies that derive more than 10% of their revenue from nuclear energy production, distribution, or supporting products; companies with more than 10% revenue exposure to gambling, alcoholic beverages, tobacco products, adult entertainment, cannabis, or military equipment; companies with any exposure to controversial weapons; and finally companies that have verified infringement of established international guidelines and initiatives.

The underlying index also excludes companies for a year if they have practiced discrimination against employees within the previous two years, or taken part in unethical marketing and advertisement.

The underlying index is comprised of 75 companies with the highest Equileap scores and is equal weighted.