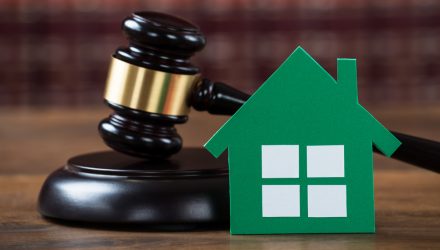 CLNR Could Be Electrified by Climate Change Bill

Within the investment community, the U.S. Senate’s passage of the Inflation Reduction Act is heralded as the first step toward long-awaited, large-scale climate change spending by the Biden administration.

As such, a slew of exchange traded funds not only reacted with rallies to news of the Senate passage, but are also seen as long-term beneficiaries once the legislation goes into effect. That group includes the IQ Cleaner Transport ETF (CLNR).

Appropriately named, CLNR is in fact a broad play on evolving clean transportation concepts, and the ETF features robust electric vehicle exposure, which more than adequately levers it to some of the spending programs found in the Inflation Reduction Act.

“It should drive demand for EVs and plug-in hybrids, which should benefit the entire EV supply chain,” said Morningstar analyst Seth Goldstein. “EVs last year globally were 5% of new global auto sales. I’d expect there to be a higher adoption rate this year, as well as higher overall EV sales.”

CLNR, which turns a year old in October, follows the IQ Cleaner Transport Index. Not surprisingly, Tesla (NASDAQ:TSLA) is tied with Nextera Energy (NYSE:NEE) as the fund’s largest holding at a weight of 3.4%. However, beyond Tesla, CLNR is a credible play on an expanding electric vehicle playing field because the fund is home to several other automotive manufacturers as well as multiple semiconductor companies that are suppliers to electric vehicle producers.

“As more EV models are released by not only Tesla TSLA but by the legacy automakers and new entrants, consumers have more options and more EVs will get sold. Even if we entered a global recession, EV sales would likely either remain flat or even move higher just due to more models being converted from traditional ICEs to EVs,” added Goldstein.

Among individual CLNR components the Morningstar analyst is constructive on are German auto giant BMW and BorWarner (NYSE:BWA), the latter of which is a major supplier to electric vehicle manufacturers.

“We like traditional auto suppliers that are well positioned to supply the EV market. So, this includes BorgWarner and Continental CTTAY as they have leading EV powertrain portfolios. So, not only do they make the components for traditional ICE powertrains, they also make hybrids and EVs. So, no matter how fast or how slow EV adoption occurs, they are well positioned to grow profits,” concluded Goldstein.