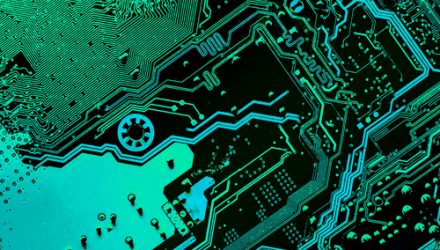 It’s widely known that many environmental, social, and governance ETFs, or ESG ETFs, feature substantial allocations to growth stocks — the bulk of which are often sourced through overweight positions in the technology sector.

The IQ Candriam ESG US Large Cap Equity ETF (IQSU) is certainly part of that group, as highlighted by the fund’s 35.2% weight to tech — more than double the ETF’s second-largest sector exposure, which is consumer discretionary. As such, it’s not surprising that IQSU and its brethren are scuffling this year, but some market observers remain bullish on the big-name tech stocks that dot the lineups of so many ESG ETFs, including IQSU.

Next Thursday, Apple’s quarterly update “arrives amid decidedly mixed signals on the company’s outlook: third-party data suggest a surge in Mac sales, despite softness in the broader PC sector, on an improved supply chain picture in China, while demand seems robust for the high-end versions of the new iPhone 14 lineup, but demand seems weaker for lower-end models. But Apple’s business is consumer-centric, and there are growing signs that consumer spending is softening amid a weakening economy, rising rates and heightened inflation. And the strong dollar will clearly be a drag on results,” reported Eric Savitz for Barron’s.

Then there’s Microsoft (NASDAQ:MSFT). In a note to clients on Tuesday, Citi analyst Tyler Radke warned investors that the software giant’s upcoming earnings report could leave something to be desired due to a weak macroeconomic climate, but he’s bullish on the stock in the long term.

“But the analyst recommended investors take a longer-term view on the software company’s strong growth potential and look beyond macro-related issues,” reported Tae Kim for Barron’s.

Apple and Microsoft are IQSU’s top two holdings, combining for 17.3% of the ETF’s weight as of October 18, according to issuer data.

Other upcoming earnings updates that could provide some support to IQSU include Google parent Alphabet (NASDAQ:GOOG) and Amazon (NASDAQ:AMZN). Those stocks combine for 9.4% of the ETF’s roster. Alone, Alphabet represents more than half the ETF’s exposure to the communications services sector.