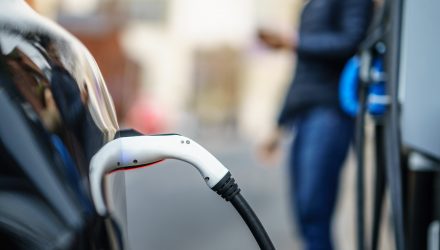 Tesla Is Electric Once Again As Stocks Roar Back

Tesla is rocketing higher once again, up more than 8% on Wednesday to $930 per share, as stocks roar back from the post-holiday sell-off.

Like recently, the fuel for the electric automaker’s stock is a big call from Piper Sandler, which raised Tesla’s price target to $928 per share, the highest on Wall Street, according to FactSet.

Ironically, Tesla blew through that annual forecast in a single day on Wednesday with its surge.
One analyst believes that the Federal Reserve is helping Tesla to reach such lofty heights by cutting rates in 2019 and injecting liquidity into repo markets.
What often happens is that speculators and traders are able to borrow money for less and carry out strategies that would garner elevated returns. As a result, that return generates momentum in a stock like Tesla that can punish intense short-sellers betting against the stock. The shorts race to cover their positions, which further drives the stock higher.

“Absolutely,” Invesco strategist Tim Horsburgh said on Yahoo Finance’s The First Trade when asked if rampant liquidity in the system is helping a high-flying tech stock like Tesla. “When you are in this type of environment where you have a lot of liquidity out there, especially with the Fed’s action in the fall you have the right conditions that when you have a good story it gives it [a stock like Tesla]a lot of momentum.”

As of earlier this month, the company was valued at over $150 billion, and has only grown since then, breaching the second market capitalization threshold for Musk to earn the massive bonus he negotiated with the company for hitting goals. If the company continues to tread water above that valuation, Musk could be qualified to receive an even more massive payout in roughly six months.

A market valuation of $650 billion would put Tesla in the conversation with tech behemoths like Amazon, Microsoft, and Google. Tesla’s market cap would be over 13 times the size of GM’s current $47.7 billion valuation.