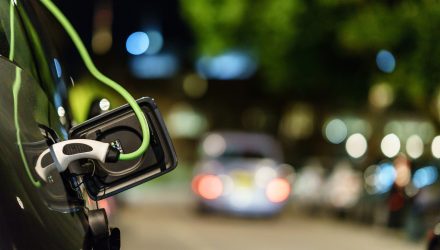 Tesla has been leading the Nasdaq to fresh highs, as the stock has soared nearly 18% on Tuesday. Meanwhile, Elon Musk added $4.5 billion to his wealth overnight, as Tesla’s share price continues to surge.

Musk, who holds roughly 19% of the company’s stock, or 34.1 million shares, watched the value of his holdings increase by $4.5 billion as the company’s shares climbed more than 17% in Monday’s overnight trading session.

Tesla’s CEO has added more than $17 billion to his net worth just this year, including Monday night’s gain, which is more than any other billionaire in the world.

The electric automaker has made amazing gains in 2020, with its price more than doubling since the start of the year as calculated by mid-morning Tuesday. That eye-watering valuation could unveil a multi-billion-dollar paycheck for CEO Elon Musk.

Just earlier last month, the American automotive and energy company based in Palo Alto, California reached a $100 billion market cap for the first time at the commencement of trading on Wednesday, readying CEO Elon Musk up for a massive payout.

In 2018, Tesla’s board and shareholders authorized a compensation plan for Musk, enabling the entrepreneur to garner options valued at potentially more than $55 billion over the next 10 years. Musk would earn the first tranche of at least $346 million in options if Tesla’s market capitalization hits and stays at $100 billion.

The SEC necessitates that companies annually file the total compensation of their chief executives. In Tesla’s 2019 filing, the company reported that Musk “made” $2.3 billion in 2018 as a result of the compensation plan.

As of Tuesday morning, the company was valued at over $150 billion in intraday trading, which is the second market capitalization threshold for Musk to earn that massive bonus. If the company treads water above that valuation, Musk could be qualified to receive an even more massive payout in roughly six months.

A market valuation of $650 billion would put Tesla in the conversation with tech behemoths like Amazon, Microsoft, and Google. Tesla’s market cap would be over 13 times the size of GM’s current $47.7 billion valuation.